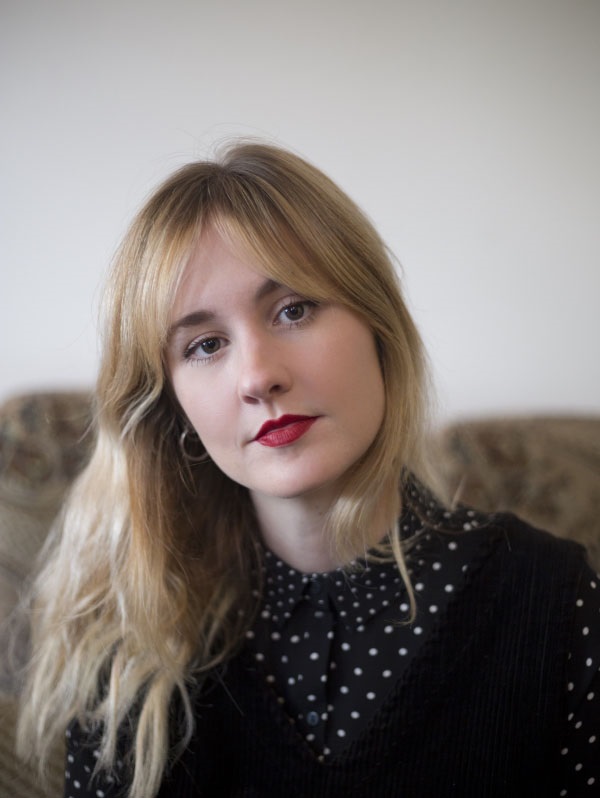 A Sea of Bodies

I am living in a village built onto a rock hanging over the sea, just outside of Barcelona. I have spent most of my adult years moving from place to place, collapsing my life on a whim and then building it up again. I have often lain awake in a rented room beneath borrowed bedsheets in an unknown city, thinking about what would happen if all the transport suddenly stopped and I was unable to get home. I have a black fear of being stuck, unable to unravel the strands of my life that have led me to other places, unable to go back, to return, to recover.

The village on the rock is close to Barcelona airport. The planes usually turn around over the ocean before they land and I can see their lights through my window, as though they are about to fly right through the kitchen wall. The village is built on a railway track and trains cut endlessly through the hills like silver ribbons. There is a port below my house and masts rattle in the wind. When a friend came to visit, she said,

‘This place is perfect for you. All of the movement. It feels like a station, constant coming and going.’

When Spain declared a state of emergency, my first impulse was to get on a plane and leave because that is what I do. Cataluña demanded permission to shut off the region. Borders began to close. Planes flying from the UK were ordered to turn around mid-air. The water emptied of boats and the sky grew quiet, bruised and still. I thought of my mam in her bright, warm kitchen, waiting for me to come home.

But leaving is no longer easy. I didn’t want to travel to the airport and touch doors and seats and handles. I didn’t want to breathe in toxic air. My younger brother has a heart defect and I couldn’t stomach the thought of carrying the virus home in my body and making him ill. I felt afraid of the UK; the callous, careless government, the anxiety coiled in the streets.

During the first week of strict lockdown in Spain, life in the UK was as normal. My brother called me four times a day, worrying about his heart.

‘Don’t go to work,’ I told him, over and over. ‘Just don’t go.’ But he was afraid, of losing his job, of not having any money, of sitting at home reading the news all day, watching the death toll rise. He couldn’t get in touch with his doctor for advice, so I sent desperate messages to friends from university with whom I shared tequila shots and hangovers, now working in hospitals, risking their lives. My mam works with deaf children in their homes and schools and nurseries, and she didn’t know what to do. My stepdad works at a college, and he didn’t know what to do. My dad works in a pharmaceutical factory and lives with his frail and elderly parents and he didn’t know what to do. Being in Spain, where the virus was accelerating, felt like living at a point in the future, calling back to my family through time. I watched, powerless, as they all went to work and then to Wetherspoons. I watched Boris Johnson give speeches and felt a raw fury at his neglect of the bodies I love, his hatred of the poor and vulnerable, his refusal to protect my brother’s heart.

This is about bodies; how fragile and restless and vital they are. We are made to forget that we are a body in a sea of bodies, so we will keep going to work and wanting things, neglecting the animal fact of our skin. We are a sea of bodies in a world that prioritises some bodies over others, which we can see more starkly than ever, in the bodies who are suffering most. We are bodies among bodies and nobody is immune to the virus, it can live inside us all. We must remember these facts about bodies; that we all have the capacity to be vulnerable, that we hold a collective strength, that the scars which demarcate us are cut by the state.

The village on the rock is beautiful. There are cacti and flowers and shells and there is salt air. There are no planes now, no trains, no boats in the ocean licked with gold. During the day, I write, which feels like a hopeful act, a scream into an imaginary future. I watch the sea hurl and spit. I drink mint tea. I teach students in China, who have been in quarantine for eight weeks now. I ask them what they get up to and they say,

At night I watch for the blue flash of sirens and I walk along the port and listen to the creaking boats. I look at the fish beneath green water and the cliffs tearing holes in the sky. I remember how it is to be a body in a sea of bodies, far away from the bodies I love. I learn how it is to be still. I hold onto the lights from strangers’ balconies when they come out and clap for the health workers. I watch satellites turn over the earth and I hold onto the moon. I hold onto the stars and the streetlamps and the headlights. If I think about the dark too much then I might choke on it.

Jessica Andrews is the author of Saltwater, published by Sceptre (UK) and FSG (US).

People have said they’ve been reminded of TEWSF recently. Its atmosphere seems to feel newly familiar, now: a sense of dislocation within the domestic, the everyday in a radically altered, yet continuous form. A concentration on small details, the mourning of what has been lost. https://t.co/yw7PAtq2v3

After a brief hiatus, we're back with a new piece: @eviewyld takes you to 'The Farm': https://t.co/OGoT6ZFXbk