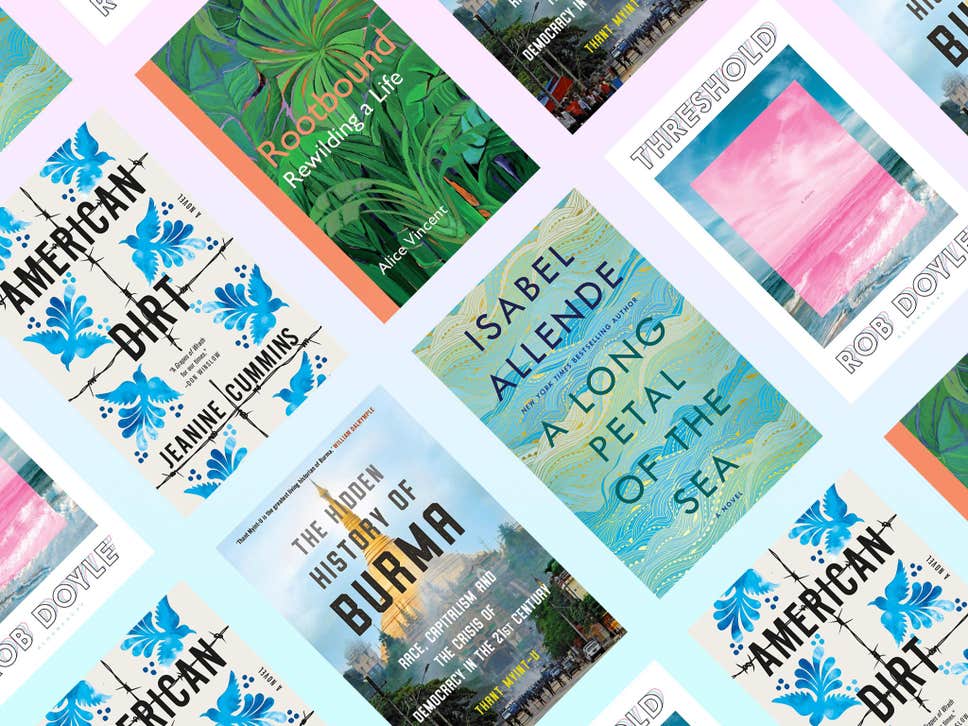 Martin Chilton at Independent chooses and reviews six titles for their monthly book column. Among those are The Hidden History of Burma by Thant Myint-U and Dear Life by Rachel Clarke. Chilton writes:

The Hidden History of Burma by Thant Myint-U

Some of the problems of Burma (Myanmar) go back to colonialism. George Orwell, who was a policeman there in the mid-1920s, said, “if we are honest, it is true that the British are robbing and pilfering Burma quite shamelessly”. It was drunken British soldiers who burnt the irreplaceable royal library to the ground in 1905. Burma, embroiled recently in allegations of genocide, is now on Fodor Guides’ list of the top 10 places in the world to avoid.

Thant Myint-U, who worked with the United Nations for more than a decade and is considered the greatest living historian of his country, explains in the introduction why he uses Burma instead of Myanmar throughout this compelling, bleakly fascinating book on the country that is precariously positioned between China and India.

Burma has suffered from brutal military rule, and many of its people live in disease-ridden slums. The country has been hit by droughts; epic floods have displaced millions of its people. Things are only going to get worse: Burma is set to be one of the five countries in the world most negatively impacted by climate change. Despite its rich natural glories – it has the largest populations of wild elephants in Asia – there is a huge problem with wildlife trafficking to China.

Myint-U offers a humane analysis as he reflects on national identity and the dangers of nationalism, and his conclusions are not cheery. Burmese people are consistently left at the bottom of the heap, says Myint-U. Their lives are a tale of “disappearing forests, polluted rivers, contaminated food, rising debt, land confiscation, and most recently cheap smartphones, internet access and Facebook pages on which they see for themselves, and for endless hours a day, the lives they will never have”.

The Hidden History of Burma: Race, Capitalism, and the Crisis of Democracy in the 21st Century by Thant Myint-U is published by Atlantic Books on 16 January, £18.99

Dear Life: A Doctor’s Story of Love and Loss by Rachel Clarke

I was pretty sure I was in good hands after the first few pages of Rachel Clarke’s Dear Life: A Doctor’s Story of Love and Loss. Not only does she quote a Raymond Carver poem in the prologue, she also makes a droll reference to the “feral sidekick” in the Johnny Weissmuller Tarzan films, “a filthy-cheeked child known only as ‘Boy’.”

After working as a television documentary maker, Clarke retrained as a doctor in 2009 and now specialises in palliative medicine, working with patients who are dying from remorseless, vicious, incurable diseases. You understand why she says that “ageing is a privilege”.

She is shrewd and witty about the medical profession – there is a cutting anecdote about a flashy gynaecologist that the nurses secretly call ‘Goldfinger’ – and Clarke is candid about her formative experiences, particularly her own close encounter with cancer. The stories about her work with dying patients are memorable and profound.

As a struggling young doctor she confesses that she wished her own father, a wise and wily GP, was there “to guide me”. She also gives an eloquent account of seeing her father in decline, suffering from incurable cancer. It’s hard not to feel her pain as each new scan, blood test and bout of chemotherapy “bludgeoned a little more out of him”. Anyone who has cared for dying parent will be especially moved by the beautiful description of the moment she and her mother give their dying loved one a final shower.

The book should also be essential reading for anyone who cares about our beleaguered health system. Clarke powerfully conveys the battering the NHS has endured over the past decade of austerity, neglect that has resulted in overcrowded hospitals and the rise of “Corridor Medicine”.

In his poem, Carver says that “a sweetness” in life prevails at intervals given a chance. Dear Life is a painful read at times, because it forces you to reflect on some of the worst situations anybody ever has to face. However, the book is also a compassionate gem, full of its own episodes of sweetness. I won’t spoil the story, but Clarke’s true anecdote about the “magic string” that helps children facing radiotherapy is heartbreaking and inspiring.

Dear Life: A Doctor’s Story of Love and Loss by Rachel Clarke is published by Little Brown on 30 January, £16.99