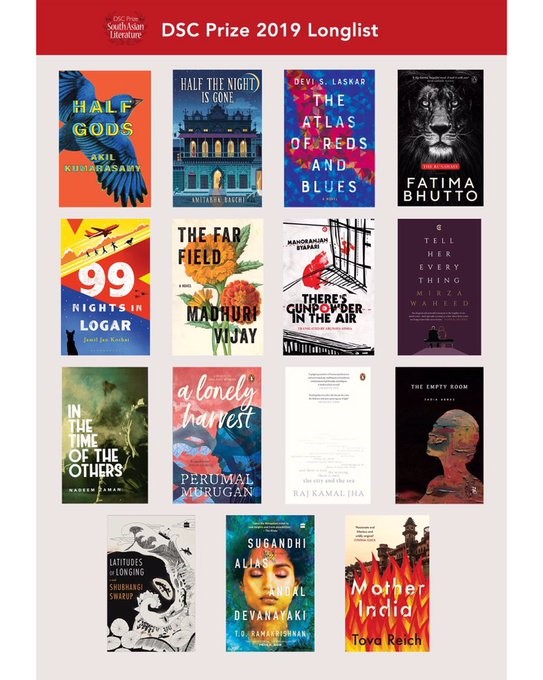 The US $25,000 DSC Prize for South Asian Literature, which is now in its ninth year, announced its keenly awaited longlist today. The longlist of 15 novels, which represent the best in South Asian fiction writing, was unveiled by the chair of the jury panel Harish Trivedi at a special event at the Oxford Bookstore in New Delhi. The list comprises 3 translated works from Malayalam, Tamil and Bengali, 7 women authors and 7 debut novelists, which highlights the growing diversity and the power of new writing in the South Asian literary landscape. The increasing globalization of South Asian writing is brought alive by the fact that quite a few of the longlisted authors are based outside the region, including an American writer without any South Asian ethnic roots, and they have all written with the same in-depth perspective and understanding of South Asian life and culture as their counterparts based in the region. A wide spectrum of South Asian themes across geographies is visible in the longlist which includes writers of Indian, Pakistani, Bangladeshi, Afghan and Sri Lankan origin. The selection of the longlist was enthusiastically welcomed by publishers, authors and the literary personalities who attended the event.

The DSC Prize, administered by the South Asian Literature Prize & Events Trust, received a record 90 eligible entries this year from 42 publishers and 55 imprints from across the globe. The five member international jury panel diligently adjudicated on these to select a longlist of 15 novels.

The longlisted entries contending for the DSC Prize for South Asian Literature 2019 are:

The DSC Prize for South Asian Literature was instituted in 2010 by its founders, Surina Narula and Manhad Narula.