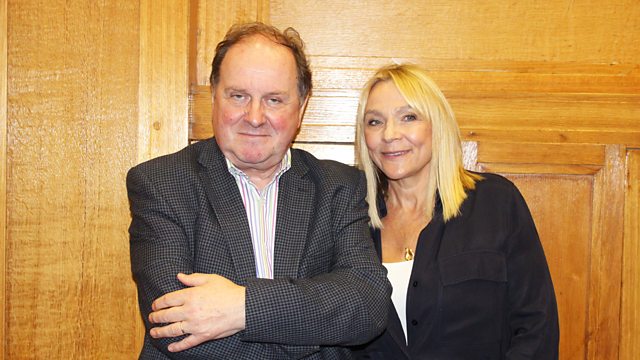 To mark Bookclub’s 21st birthday Helen Fielding talks about her creation Bridget Jones, with the first novel in the series, Bridget Jones’s Diary. Bridget has now become an iconic figure in modern fiction.

Bridget Jones started life as a weekly column in the pages of The Independent in 1995, when Fielding worked on the news desk. Refusing to use her own byline, Helen’s column chronicled the life and antics of fictional Bridget Jones as a thirty-something single woman in London trying to make sense of life and love – and was published as a novel in 1996. Helen says in Bookclub that she honestly expected the column would be axed after six weeks for being too silly. She also describes how much she leaned on the plot of Pride and Prejudice, as in 1995 it seemed the whole country was watching the BBC adaptation with Colin Firth as Mr Darcy. Bridget eventually finds love with aloof lawyer Mark Darcy, who of course was played by Firth in the film of the novel.

With fans from women in their twenties now to others in their fifties who lived the life of Bridget at the time, Helen answers questions about the identity of unmarried women in their thirties in the 1990s, with Bridget feeling as alone as Miss Havisham and how perceptions have changed since; as well as how Bridget would fare in this #MeToo, Instagram image obsessed and internet dating world.

Recorded as part of the BBC’s BBC Arts year-long celebration of literature, The Books That Shaped Us; and presented by James Naughtie and with a group of readers asking the questions.