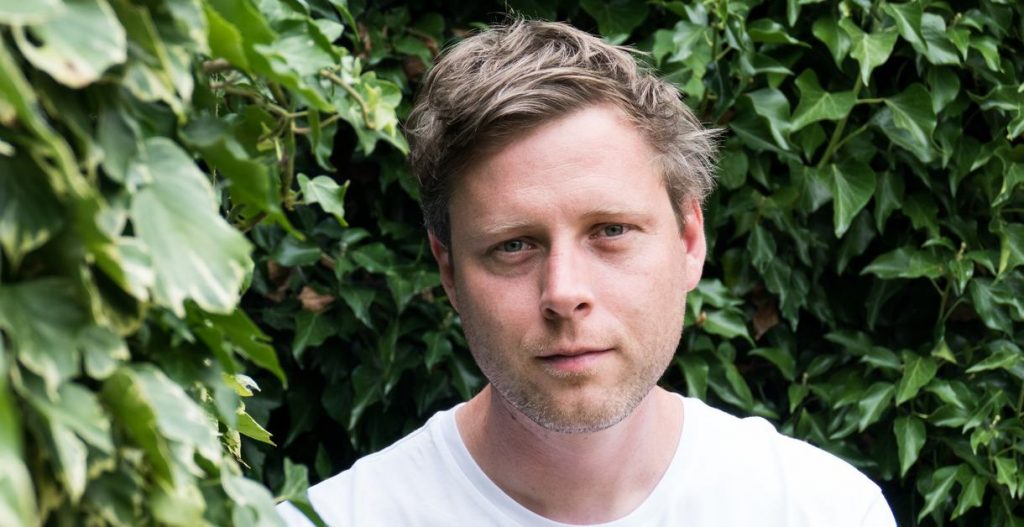 Best-selling author Max Porter is renowned for his ability to capture and conjure space and place in his work. His first novel, Grief Is the Thing with Feathers won the Sunday Times/Peter, Fraser + Dunlop Young Writer of the Year, the International Dylan Thomas Prize, the Europese Literatuurprijs and the BAMB Readers’ Award and was shortlisted for the Guardian First Book Award and the Goldsmiths Prize. It has been sold in twenty-nine territories. Complicité and Wayward’s production of Grief Is the Thing with Feathers directed by Enda Walsh and starring Cillian Murphy opened in Dublin in March 2018. His latest novel, Lanny, weaves intricately within and beyond its rural setting.  Here, he talks to us about his capturing of place, and his motivations as a writer.

Can you tell us about the place where your latest novel, ‘Lanny’, is set?

It’s set in a nameless village about an hour from London. It’s a small place, one church, one pub, about five miles from the nearest big town (with a railway station). It’s a place which would have been ‘rural’ until about 60 years ago and now it’s become commuter belt. Topographically, demographically and in the socio-political details of the place, it’s fairly true to any one of thousands of such places in England today.

In what way(s) do you feel the rural village setting is important to the story?

It becomes a stage upon which some important dramas can be staged (to do with otherness, ideas of invasion, what is local, what is natural etc) but it’s also a place where human beings can claim a proximity to nature, or genuinely have such a thing, but in a way that is defined by the non-wildness of the place. This is land that has been farmed and owned and carefully managed for hundreds of years. It’s small, and watched, and rich with folklore and self-consciousness.

I want natural elements to be as important as human elements, and this is a sensibility that doesn’t need wilderness, it can exist in a city. So the village near the city, a sort of confused place, a half and half place, seemed a perfect place to set an ambiguous novel about place and us, a novel which doesn’t seek to answer the questions it asks.

How do you set about conjuring the detail of a place in your writing?

I built it in my head. I could draw you a very detailed map. This is good work, and fun work, and I strip it all out for the final book, but it’s vital to do the work. Inevitably it’s based on actual places I have known, but I veer from the real in order to have some generative tension with the imaginary. I loved that, with this book, lying awake at night walking my characters about the place, putting them in different lights, with different views of each other and the place. Joyous work.

What motivates you to write?

Love and fear and shame and hope. Everything all the time. It seems to me an infinitely changeable and interesting way of making sense of things, or (sometimes more importantly) failing to. A way of testing existing ways of seeing, and re-making them, teasing them. I’m in love with language, I want to build things with it, and journey into it, and get lost. I have to write if I want to carry on.

What would be your top tips for others when they are approaching writing about place?

Don’t fixate on the end result. Process is the thing. Be wide open and ambitious about where you are in time. Think about before and after yourself, above and below yourself. Think not just about your concrete reality, but about echoes, reverberations, other places and how they relate to this place. Open the stories of a place out, rather then shutting them in. Literature is freedom. Dream and walk and push against yourself, against cosy or familiar formulations. Look, and look. Be a voyeur. Discover new tings about yourself and the world by looking much more carefully than you previously thought possible.

Do you have a specific place you escape to when you’re writing?

Physically, no. I might go hug a tree for inspiration. But if I need to do some thinking then I’ll put my headphones on and sit with a blank piece of paper and a pen. You can go anywhere, from there.