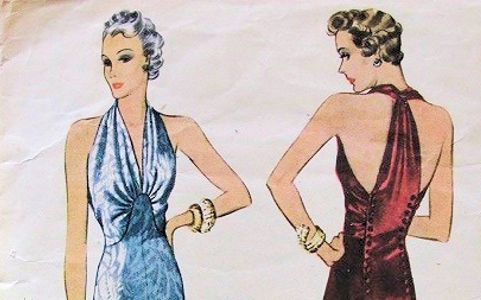 Arrive at a party in a fringed flapper dress or a hoop skirt, and you’re in costume. Come in the style worn by Katharine Hepburn or Barbara Stanwyck in the 1930s—a dress of woven silk gauze and chiffon that clings to the figure and plunges in the back—and you’re perfectly turned out. The story’s the same, minus the chiffon, for men. If you put on the shapeless “sack suit” of the turn of the century to attend a meeting, you’d look nearly as dowdy as you would if you were wearing a Civil War–era frock coat and sporting muttonchops. But if you appear in the artfully tailored suit favored by that international heartthrob the Prince of Wales circa 1933, you’re at the height of style.

Read more at The Atlantic >

Family Secrets by Deborah Cohen is published by Penguin

Thank you @harriett_col for being there with me! Thank you also to the brilliant people of @simonschusterUK and @AitkenAlexander! I would never have done this without you all. https://t.co/yqnA7p0L9w