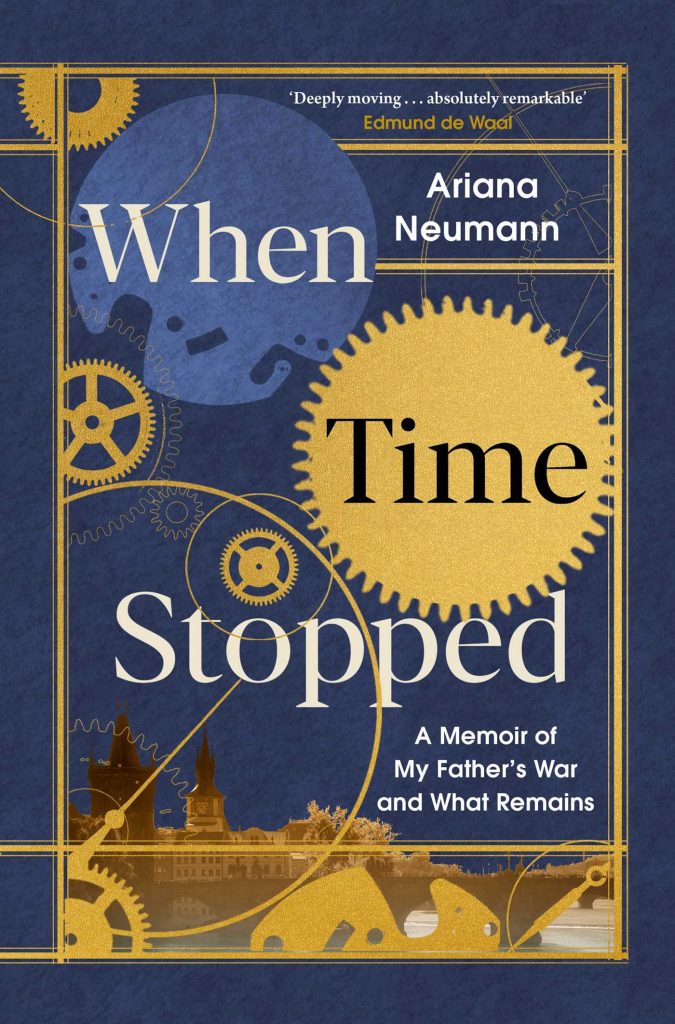 The book trailer for Ariana Neumann’s When Time Stopped is out now.

In this remarkably moving memoir, Ariana Neumann dives into the secrets of her father’s past: years spent hiding in plain sight in wartorn Berlin, the annihilation of dozens of family members in the Holocaust, and the courageous choice to build anew. ‘The darkest shadow is beneath the candle.’

As a child in Venezuela, Ariana Neumann is fascinated by the enigma of her father, who appears to be the epitome of success and strength, but who wakes at night screaming in a language she doesn’t recognise. Then, one day, she finds an old identity document bearing his picture – but someone else’s name.

From a box of papers her father leaves for her when he dies, Ariana meticulously uncovers the extraordinary truth of his escape from Nazi-occupied Prague. She follows him across Europe and reveals his astonishing choice to assume a fake identity and live out the war undercover, spying for the Allies in Berlin – deep in the ‘darkest shadow’. Having known nothing of her father’s past, not even that he was Jewish, Ariana’s detective work also leads to the shocking discovery that a total of twenty-five members of the Neumann family were murdered by the Nazis.

Spanning nearly ninety years and crossing oceans, When Time Stopped is a powerful and beautifully wrought memoir in which Ariana comes to know the family that has been lost – and, ultimately, her own beloved father.