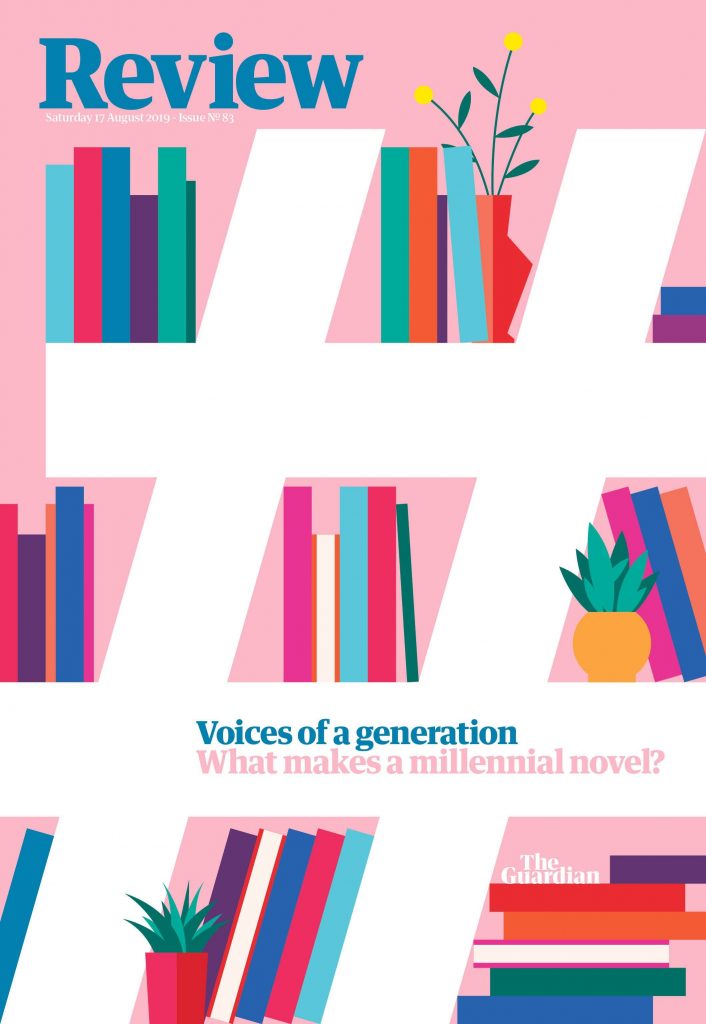 Crushingly self-aware protagonists, the search for a place to call home, a longing for stability … is the millennial generation too fragmented to be defined, asks Olivia Sudjic

There’s no writing,” Bret Easton Ellis declared recently of millennials. “They don’t care about literature. None of them read books.” Ellis asserted this during the publicity tour for his book White, a collection of essays about contemporary culture, presumably while his long-suffering millennial boyfriend Todd ripped through the latest Sally Rooney in the next room.

Putting aside Ellis’s claim not to know who Rooney is, it’s predictable that literature should be yet another realm in which this generation is dismissed. The anointing of one book as a cultural touchstone, one individual as the oracle, and the fallacy of meritocracy that underpins it, is patently absurd. But as with every other millennial-bashing trope, so is the generalisation about our inability to produce one.

As any digital marketeer with their crosshairs on millennials will tell you, the way we “consume” culture has fragmented. Perhaps that’s why Rooney hasn’t appeared on Ellis’s radar. Put in less depressing terms, we have a greater range of representative voices to choose from than in Ellis’s decadent brat-pack days. The aim of publishing now should be to widen that range further. We don’t need to coalesce and, contrary to what Ellis seems to think leviathans do for literary culture, the less we laud one as the template, the more space we open up for a greater number of new writers to write more books, more freely.

In addition to this cultural fragmentation and welcome increase in diversity, the millennial mood is suspicious. We aren’t desperate to lionise our writers, perhaps associating hyperbole with previous con jobs; the “too big to fail” rhetoric that led to 2007-2008’s financial crisis, populist political movements, dodgy claims on the sides of buses and Fyre festival. A certain kind of millennial art can serve to bond certain kinds of millennials together in these uncertain times, but the spotlight on a Rooney or a Phoebe Waller-Bridge can reach an intensity that obscures everyone else (earlier this month, a book of scripts for the two series of Fleabag was subject to an eight-way auction and sold for a six-figure sum). It’s not that the worlds of Rooney and Waller-Bridge aren’t painfully true for a certain demographic, or that their creators don’t deserve praise and recognition, but the idea that one writer or character can speak for so many in this fractured age seems delusional. Few of us who are actually millennials have taken the phrase “voice of a generation” seriously since Hannah Horvath used it in Lena Dunham’s Girls.

I read Rooney’s Conversations with Friends in a matter of hours in early June 2017, having heard little about it. The experience was uncanny and electric. If I had to pick my own “great millennial novel” it might well be that one, but I’m a cis, white, middle class, metropolitan millennial woman who got a scholarship to a school where I met my own Bobbi, so it was easy to relate. In an Irish Times interview, Rooney says: “I certainly never intended to speak for anyone other than myself. Even myself I find it difficult to speak for. My books may well fail as artistic endeavours but I don’t want them to fail for failing to speak for a generation for which I never intended to speak in the first place.” Elsewhere, she has expressed her disdain for literary celebrity. In Normal People, her male protagonist Connell, a fledgling writer, is alienated by a cohort who turn up to literary events for their rarefied atmosphere and the opportunity to perform culturedness. Rooney, a Marxist, is presumably sceptical of the designation “great millennial novelist” too, if only for how it will be used as a marketing strategy to commodify her writing. A “great millennial novelist” becomes a product, used to sell other products to other millennials. Such a label undermines the power of a book to speak across generations and to structures of power that govern both the publishing industry and the wider world it reflects.

When my first novel, Sympathy, was published in 2017, one reviewer called it “the first great Instagram novel”, which, as a marketing strapline, stuck. Some reviewers then dedicated themselves to proving or disproving the claim my own book hadn’t made, which meant discussion of the book was often confined to social media addiction, ignoring surveillance, data capitalism and how such technology shapes our collective future. I was called on to make sweeping statements about my generation, when it seemed more pertinent to talk about the tyranny of algorithms and Cambridge Analytica.

In contrast to the ways they are marketed and their media reception, millennial novels, if they have a common aim, push against labels, pedestals and the uncritical lauding of spokespeople. They care more about being relatable to a specific audience than a universal one. This resistance, bordering on impostor syndrome, is part of what makes them feel true to the millennials who read them. The protagonists of these novels eyeroll at marketing taglines, tired hierarchies, male canons and influencers. Self-definition is a millennial forte, but its novelists seem dubious of anything so earnest as defining a literary epoch. Their fictional worlds lambast our need for external validation and commodified selfhood of the kind that feeds late capitalism, even as they acknowledge their complicity and the impossibility of extrication.

Some books deal with these themes through realism, as Rooney’s do, alongside Joe Dunthorne’s The Adulterants, in which a thirtysomething struggles with impending fatherhood, and Candice Carty-Williams’s Queenie, whose eponymous heroine is evicted by her ex. There is a seam of very dark satire, as in Ottessa Moshfegh’s My Year of Rest and Relaxation, whose nihilistic protagonist finds solace only in unconsciousness, and Halle Butler’s The New Me, in which misanthropic Millie attempts to move from office temp to “perm” in the job she despises. An increasing number are more dystopian, such as Luiza Sauma’s Everything You Ever Wanted, which sees millennial contestants on a reality show relocate to another planet, Ling Ma’s zombie-apocalypse-meets-office-novel Severance, Luke Kennard’s The Transition, about young people compelled to participate in a scheme that schools them in the ways of adulthood, and Catherine Lacey’s The Answers, in which a broke young woman opts to monetise herself by performing the role of a man’s “emotional girlfriend” in a scientific experiment.