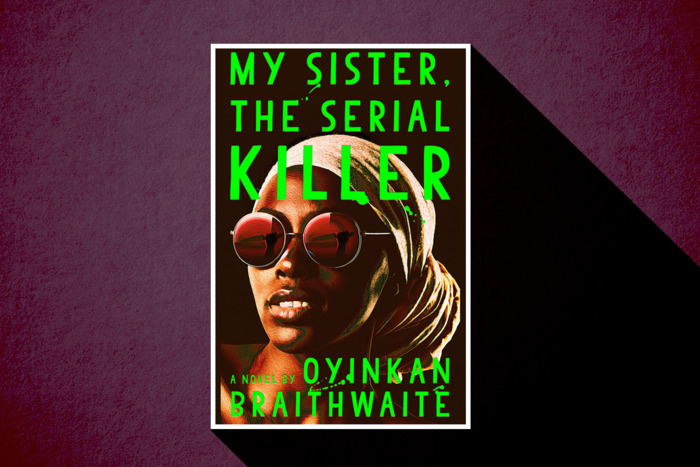 In Oyinkan Braithwaite’s noirish, critically acclaimed debut, My Sister, the Serial Killer, one sister kills men, and the other cleans up the blood and hauls away the bodies. The novel has been hailed as “an ideal book for the present moment” because of its portrayal of unlikable women joining forces to take down abusive men. But it’s a sly, slim read that resists easy political narratives. As the story moves swiftly toward its dark conclusion, Korede, the narrator, begins to suspect that the younger, more beautiful Ayoola, is killing just because she feels like it.

“Dark stuff comes naturally to me, but I didn’t want to bog people down in messages or morals,” Braithwaite explained in a recent call from Lagos. “I just wanted to tell a really good story, so I needed to keep it light. That’s where the comedy happened.” Midway through the story, Ayoola returns home from a trip to Dubai with one of her lovers, a new diamond comb tucked into her dreadlocks. “How was your trip?” Korede asks. “It was fine … except … he died.”

Here, Braithwaite walks us through how she conceptualized her serial killer.

My Sister, The Serial Killer is now out in the US and will be published in the UK in January 2019.