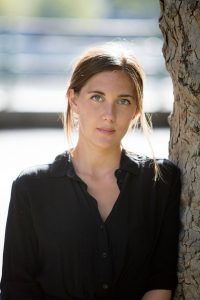 When John Kerry, the former US Secretary of State, described the current president as having the ‘insecurity of a teenage girl’, I cringed. Not for Trump of course but teenage girls, most of whom would do an infinitely better job. Emma Gonzales for a start. And yet it’s true teenage girls in Western nations like the US and UK seem increasingly unhappy. One in eight people under 19 in England have a mental health disorder, according to the first official statistics to be published for 13 years, and there’s been a significant increase in disorders such as anxiety.

While I wish it wasn’t so, I went on Radio 4 recently to defend young people’s right to be anxious. I think it’s a legitimate response to our environment and a dodge when baby boomers wring their hands, searching for the answer to the ‘epidemic’ amongst Millennials and Gen Z, only to point the finger at today’s youth having been coddled as the most reasonable explanation. I’m sure that’s a significant aspect, but not everyone who suffers anxiety had a privileged, stable upbringing. It’s not just a youth problem either, though Millennials and Gen Z see less stigma around mental health and so are more likely to speak up. Yes, anxiety sufferers (myself included) may experience distorted thinking, irrational fears, be prone to catastrophising and desperate for control. At my worst I feel skinless, every nerve ending raw and exposed. But anxiety is not such an irrational state of mind in this technological era and present political moment, not to mention for a trans person, a person of colour, a woman who knows her testimony will be dismissed out of hand.