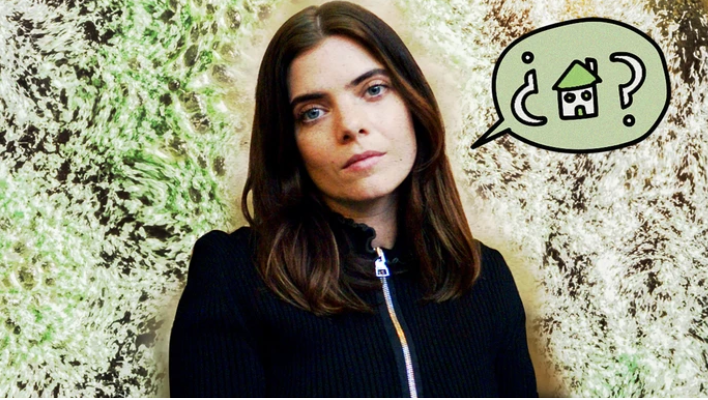 Housing journalist Vicky Spratt is here to answer all your burning, rental-based questions in our new advice column Life For Rent.

My whole flat is covered in mould. The bathroom ceiling. The window sills. The bedroom walls. I probably have spores growing inside of me right now, as I type this, but unfortunately I can’t move out because I’m in debt. I’ve approached my landlord about getting rid of the mould, but he says that because some of the building is owned by the council, there’s nothing he can do about it, even though he owns the flat itself. Is this true? What can I do? Trying to manually scrub it is simply not enough.

I’ll get to your landlord, who is completely fobbing you off BTW, in a second but first let’s address your debt.

You don’t say how bad it is but it’s enough to stop you moving, so I’m guessing it’s the sort of debt that wakes you up at night and causes you to unconsciously pick your cuticles until they’re red raw.

I know from experience what it’s like to feel trapped in a financial prison of your own making, so I hope being able to take affordable action on your shoddy living conditions will make you feel, at least, a little bit in control of your life again.

First up, let’s deal with your landlord. He is either lying or ignorant. In March this year, the Homes (Fitness for Human Habitation) Actcame into force giving renters much-needed protections against this sort of thing. Under the Act, Landlords can now be taken to court over 29 hazards including inadequate ventilation and serious mould and damp caused by structural problems. So, be in no doubt, this isyour landlord’s problem and he has to fix it. If he doesn’t, he is, quite literally, breaking the law.

Click here to go to VICE and keep reading.