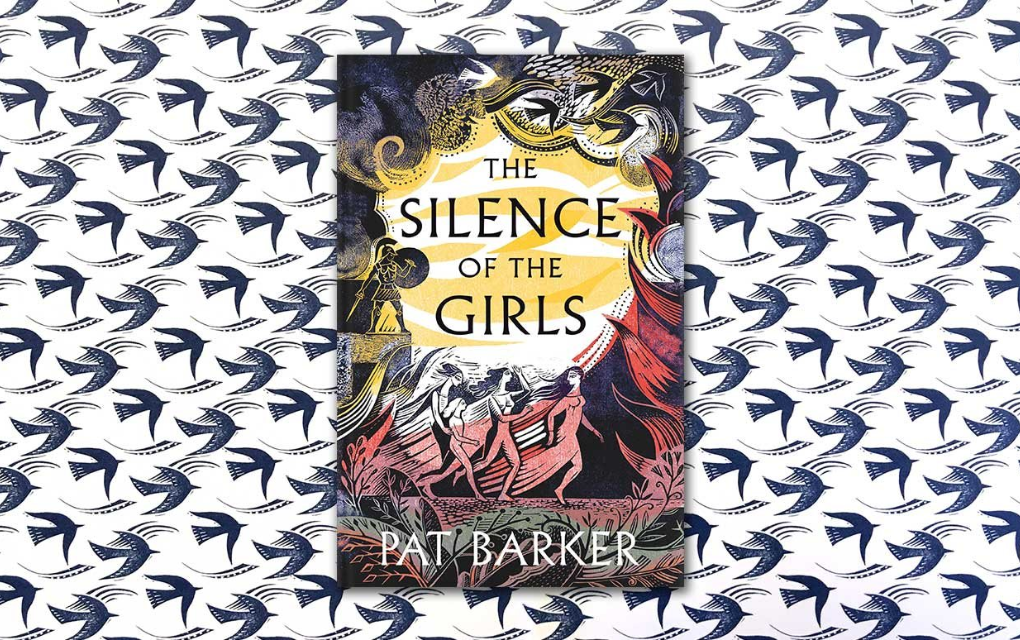 Lyrical, moving and full of fire, Pat Barker‘s latest novel, The Silence of the Girls is a brilliant re-imagining of The Iliad, as witnessed by the women of the Trojan War. Here, Barker discusses what drew her back to the mythology and the timeless relevance of questioning who tells stories and why it matters.

Across a long and acclaimed career, Pat Barker has forged a reputation for stories of lives lived out unseen. She’s a writer who follows the clues in what is often left unspoken and untold, breathing life back into the dead and finding new stories in the silence. It should, perhaps, come as no surprise then that her work is peopled by an assortment of ghosts; invisible figures, un-named soldiers, history’s forgotten people. To this canon of work she now adds her latest novel, The Silence of the Girls. A masterful re-telling of Homer’s Iliad from the point of view of the conflict’s powerless and enslaved, it moves the story away from the heroism of the battlefield, giving voice to the women of the Trojan War. Through these unacknowledged witnesses Barker crafts a powerful new kind of epic: a timeless, blisteringly vivid song of grief, anger and survival.

It’s not the first time, of course, that Homer’s epic has invited reinvention. When I ask Barker about what drew her to the mythology, she suggests that her interest lay in looking at the unheroic spaces in the story that other writers have previously ignored.

‘You’ve got these two absolutely brilliant characters going head to head with each other, Achilles and Agamemnon’, she says, ‘and I think that, throughout history, that is what has pulled people back to The Iliad. But the people going back to this story have been men and what drew them back wasn’t what drew me back. For me it was the silence of the girls, the fact that this girl is being quarrelled over by these two great, distinguished, eloquent men and yet the girl herself says nothing. She has no opinion, she has no power, she has no voice. It was the urge to fill that vacuum that made me go back and start retelling the myth yet again.’

The voice that Barker resurrects to tell her tale is that of Briseis. A former queen and slave – given to Achilles as a prize of war – Briseis is the unwitting catalyst for Troy’s eventual downfall. As a witness, she is luminescent; angry, fearful and ever-watchful. She provides an entirely new perspective on the story and its so-called heroes.