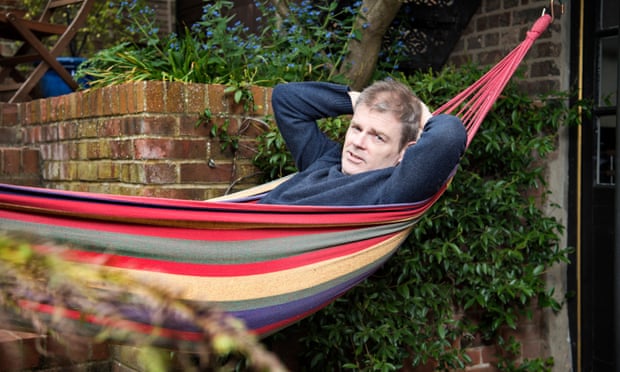 You suspect that whatever he writes, Mark Haddon will always be best known for his 2003 bestseller The Curious Incident of the Dog in the Night-Time. But there were strong signs in his 2016 collection The Pier Falls – in which he describes a fatal seaside disaster with an impassivity that is all but indistinguishable from relish– that he was keen to shed his child-friendly reputation. And his wondrous new novel, a violent, all-action thrill ride shuttling between antiquity and the present, is another step in a transformation as surprising as any in the book itself.

It starts with a shadowy, super-rich businessman, Philippe, mourning his wife, Maja, a Swedish actor who dies while heavily pregnant in a plane crash that leaves no survivors apart from their child, Angelica, delivered safely. As she grows up, raised in an isolated life of luxury, Philippe’s close circle of fixers suspect he’s abusing her, but do nothing, even when he murders his art dealer’s son, Darius, in a jealous rage after the younger man dares to catch her eye on a rare visit to their Hampshire hideaway.

The first 16 years of Angelica’s life pass in just 40 pages, and the pace doesn’t let up. Haddon’s epigraphs tip the wink that elements in this scenario echo the Greek legend of the young prince Apollonius (better known as Pericles, thanks to the Shakespeare play), who risks death after revealing a Syrian king’s incestuous relationship with his daughter.

After Angelica witnesses her father’s attack on Darius – the first of many fight scenes – the novel enters the “foggy border country between dream and reality”, as Angelica, having learned to occupy herself by telling stories, imagines a parallel narrative in which Darius has not been killed. Instead, carrying his broken arm “like a basket of eggs”, he escapes on a passing pickup truck and falls in with old sailing buddies.

“Something peculiar is happening here,” someone thinks. “Time is repeating and rhyming…” Soon, Darius literally turns into Pericles, whose pan-Mediterranean escapades while on the run from a hired assassin – including a star-crossed affair with another princess, Chloë – make up the bulk of The Porpoise.

To get a look at more reviews, click below:

‘A glittering tapestry of a novel’

‘Haddon’s prose is beautiful, and he is utterly in command of his slippery material’