Robert Wilson’s The Ignorance of Blood (HarperCollins, 2009) has been adapted by Argentinian writer Nicolas Saad (Crimen Con Vista Al Mar, Frozen Silence, Night Runner) and Spanish director Manuel Gomez Pereira ( The Hangman, Things That Make Life Worth Living, Desafinado). The film stars Juan Diego Botto (Dictation, Silence in the snow) as Javier Falcón, head of homicide in Seville, who, in the wake of a terrorist attack on Seville, is determined to fulfil his promise to its citizens – that he will bring the real perpetrators to justice. The violent death of a gangster provides evidence implicating the Russian mafia in the outrage, but pitches Falcón straight into the heart of a turf war over prostitution and drugs.

The film premiered at the Seville European Film Festival on 7th November 2014.
You can watch the trailer here. 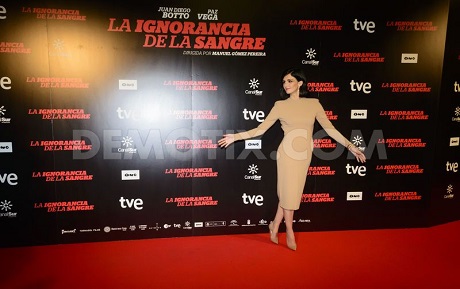