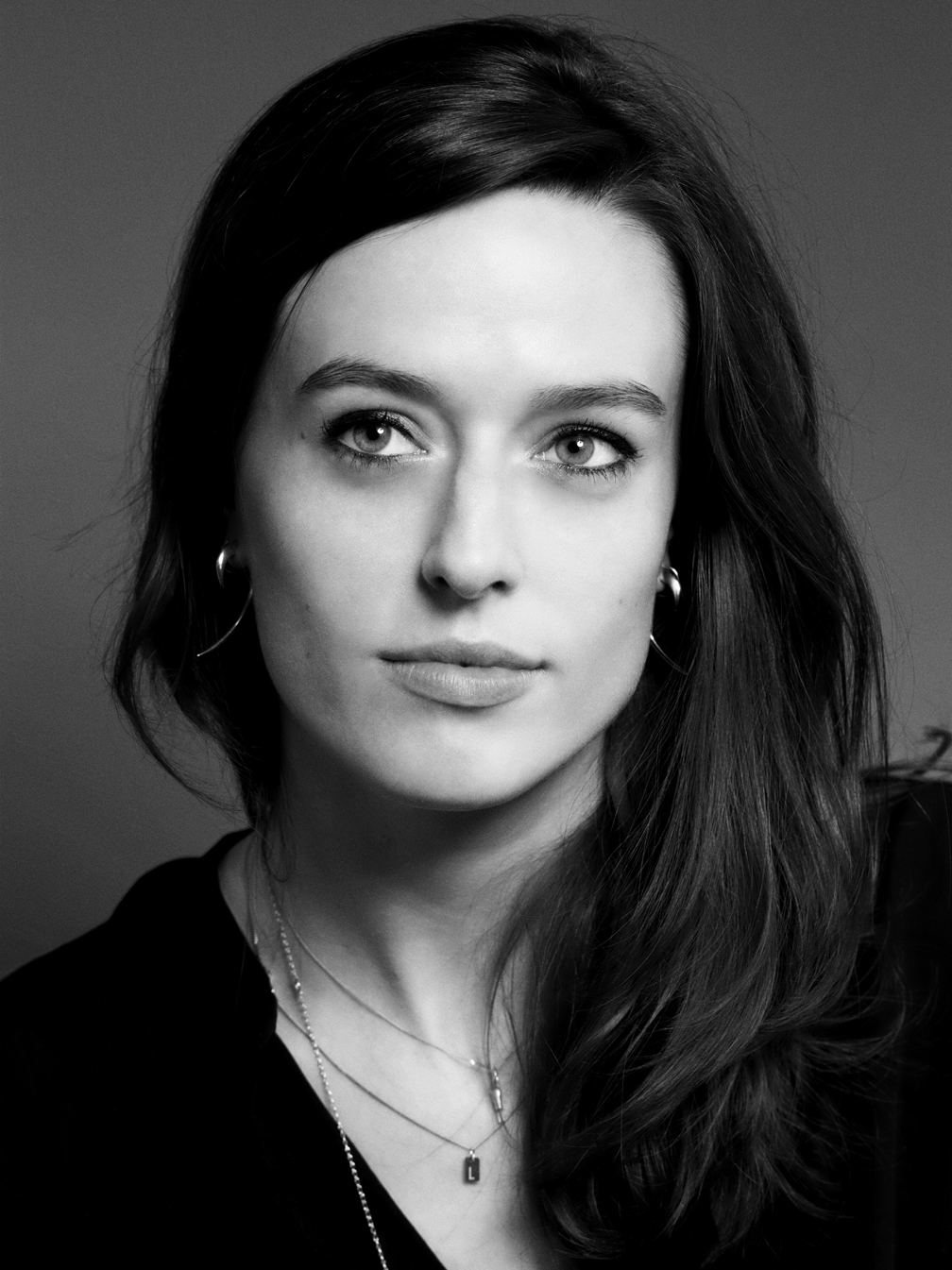 I never thought I liked to be alone. When I was a baby, only recently able to sit upright, a Christmas parade marched through my town one Friday evening. My mother heard it from the bathroom upstairs, which was tiled in salmon, and where she was about to bathe me and my sister, who is three years older than me. It would only be a minute, she thought, she wouldn’t be gone long, and I couldn’t even crawl yet, so she grabbed my sister in her arms, wrapped her in a towel, and rushed downstairs to show her the parade (it’s not much, I recall, from the countless later winters when I saw it; some weird uncle as Santa, sat on some other weird uncle’s trailer. A flaccid, wilting white beard. Colourful fairy lights, rather than the white ones). When they returned, they found that I’d picked up one of my sister’s special black patent shoes – Mary Janes, with a small metal ladybird on the buckle – and dropped it in the toilet, a protest at having been left alone. It was wet and ruined, just ruined, my mother would tell people, every Christmas thereafter. I don’t know how she did it, she was so small. She’d just picked it right up and plopped it in. She couldn’t bear that we’d left her by herself on the floor!

Yesterday, after my shower, in the bathroom of the flat where I now live, which is tiled in new-build beige, I realised that I’d been using my boyfriend’s deodorant for days, maybe weeks. A few months after we started dating – we’ve been together for 16 months (I count it the way my friends age their children) – he started to buy the same brand as me, a 24hr roll-on anti-perspirant that comes in a white plastic bottle and has some gleeful text about empowerment beneath the logo. Though I use it daily, I’ve never actually read it.

The girls’ ones just feel nicer, he told me. It’s stood on the shelf by the bathroom window since long before the start of this government-imposed isolation and each day I get out the shower and use it. This morning, we were in the bathroom at the same time, brushing our teeth in front of the mirror, side-by-side and quiet, like school children at an assembly. Then, he reached out and took it, and began circling it in and around his pit, his underarm hair congealing amidst the goop. That’s mine, I said, barely masking an accusatory indignation. No, yours is in the bedroom, in your make-up drawer, he said, still smearing, his hairs swirling into a Van Gogh sky.

I felt, suddenly, disgusted. When he left, I picked up the bottle, took off the lid, and stared at the big glossy rotating ball as if it should offer some excuse. I was incensed at the thought of it touching him and then me, and then him again. Why? My boyfriend is a person whose bodily fluids have washed around my mouth. Someone who has seen every inch of my body, including from behind, on all fours; the most exposing. A person who has forgotten to flush the toilet before I enter the bathroom. But now, the glistening white ball looked at me, shining, repulsive, hideously bright. In another more predictable story, I’d have dropped it into the toilet, as is my way, but I didn’t. I put it back on the shelf. And I used it again that evening, after my nightly bath. And again, the next day. And the day after that. One day I even smelt it – breathing in the chemical-marzipan sweetness. I thought about licking it but didn’t. With each use, something in my stomach curdled. I gagged, inwardly. But I didn’t let on. One morning, he took it from me straight after I finished applying it and put it on. I just smiled and let him kiss me, a tender peck on my newly-moisturised shoulder, scented lemon from the body lotion his mother gave me for Christmas.

I felt he’d tricked me on purpose – that he’d purposefully switched things around to make us share. A fetish he was finally indulging in. Suddenly I was filled with a sense of unbridled paranoia. I began to see the other small transgressions that he’d orchestrated – the smashed wineglass that almost cut my foot, the leaking bin bag, the burnt halloumi, the broken T key on my laptop. So bizarre were my thoughts that they divided themselves into two streams – one, a cycle of accusations, the other a rolling judgement on why I was able to conjure such crazed thoughts in the first place. Some hopeless inner pang of rationale followed every sparking, cracking unhinged theory. But I pressed on. What if he was trying to kill me, I wondered.

We’d been in the apartment alone for nearly two weeks now. Between us, we’d been out three times. Him, twice, for food; pasta, mince, tinned tomatoes and a particular brand of cheap cheddar cheese that I like. Me, once, over a week ago, for Radox bubble bath and toothpaste. I realised that he could easily have killed me days ago – I could have been splayed on the floor for days, stepped over whenever he used the sink. He knew the password to my phone – I rarely DMed or text the boys I fancied, I always called them and then deleted the record, so I never thought to change it – so he could have been replying to my mother with the obligatory all fine x every other day. Most people would be none the wiser, possibly for months, especially if he strategically lolololled a few times in the handful of group chats I hadn’t drummed up the energy to leave yet.

I began to wonder how I could make these crackpot theories true – I imagined slicing my skin and smearing the blood into the grout of the tiles, where traces could be found later. I plotted how I could plant things in weird places, ready for someone to find and feel instantly suspicious. A single hoop earring behind the toilet. Picture the scene – him pushing. Her, me, yanking and pulling away. The earring flying free and landing there. Some terrible struggle. The clink of metal against copper. A brief hypnotic quiver before it came to rest.

I considered putting my small ruby ring – the one my grandmother left me when she died – in the pocket of the jacket he wore to work, back when he actually went to work, rather than sat all day at his laptop in the kitchen. Please explain this: did she put it there or did you? I pictured some stern police officer saying, holding it up in a plastic evidence bag.

On a Wednesday at around four in the afternoon, I cut my thigh while shaving. An ugly navy Gillette razor nicked a small mole, part of a constellation near the top of my leg. It bled surprisingly heavily. I stood up, letting the angry red worm undulate down my thigh and fall onto the tile. It hardened into a neat, cold mound – a jewel. I thought of a forensics team dusting the scene down, turning the ugly taupe of my tiles black with whatever chemical it is that they use at crime scenes, and spotting it. I thought of how it would gain great significance; blood by the bathtub.

The next day, my boyfriend went to the shops (his third venture out). He called me twice; once to ask if I wanted more cheddar (17 seconds) and once just after, to tell me they’d actually run out of cheddar (14 seconds). When he came back, I called him twice while he was in the next room. I was sat on the edge of the bath, waiting for the water to cool. I love you, I said, the first time (5 seconds). The second; I still love you (6 seconds). Both times, he laughed – I heard him through the wall, as well as on the phone, just as I hung up. The double laugh seemed to vibrate both in my ear and around the apartment, off the tiles. Four calls, I imagined the police officer, increasingly perturbed, saying. And two from inside the flat – why would she call you from inside the house, they’d ask. Records show your phone was in the next room. Who really made that call, they’d ask.

A few days later, I was in the bath and he came in. He put the toilet seat lid down and sat on it, staring at me, holding his hands together in front of his knees like he was praying. Are you okay, he said eventually. I love you, I said. He watched me closely. You’re being creepy, I said, my two hands stretched out like starfish in the water.

I wanted to be alone and quiet, surrounded by those bathroom tiles, watching my fingers wrinkle. I wanted to spend the next few weeks silent. I wanted to spend them trimming the already slim, neat, waxed triangle I’d paid a beautician to mould above my vagina and scattering the hairs around the sink, leaving them there all day, if I wanted, for the tap to wash away later. I wanted to slowly pick the stinking creamy substance out of my piercings, using the spike of one earring to clean the other. I wanted to stand in front of the mirror and push out my belly and stretch my wet waxy hair over my torso, curving it over my breasts like armour, or maybe like those smiling girls in men’s magazines, nipples hidden by glossy waves. For all these regular experiments, I wanted peace. I was particularly looking forward to spitting into the sink and watching a small line of blood in the white froth – just like raspberry ripple ice-cream – after I’d brushed my teeth deliberately too hard, alone.

Just now, my ears half covered by the bathwater, I heard him pacing in the hallway outside. A small firm knock on the bathroom door. My body lurched; like when you step onto an escalator without realising it’s not moving. He kept knocking, saying my name quietly but firmly. Come on, he said, almost pleading. He repeated my name again. I looked at my navy razor. I looked at the lemon moisturiser. I ran my fingers around the bathtub; the acrylic was smooth. I ran my index finger along the stripe of grey grout. The line was surely perfectly straight, yet, when I pulled my finger away, it looked as though it could be moving.

People have said they’ve been reminded of TEWSF recently. Its atmosphere seems to feel newly familiar, now: a sense of dislocation within the domestic, the everyday in a radically altered, yet continuous form. A concentration on small details, the mourning of what has been lost. https://t.co/yw7PAtq2v3

After a brief hiatus, we're back with a new piece: @eviewyld takes you to 'The Farm': https://t.co/OGoT6ZFXbk