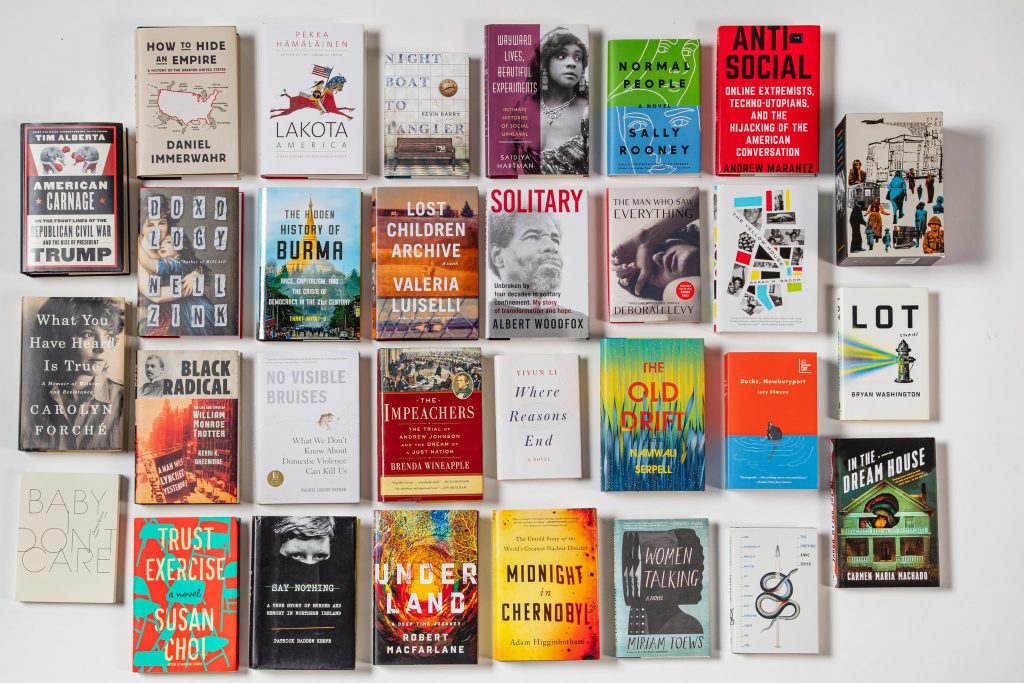 In the literary world, it has been a year of big, bold ambition. Novelists have stretched their canvases — writing a sentence that runs for a thousand pages; charting the fate of three families in Africa across four generations. Nonfiction writers have made riveting narrative from sprawling, difficult material: The Irish Troubles, the nuclear disaster at Chernobyl, the history of the Lakota tribe. And memoirists have confronted harrowing and profound subjects: Life in New Orleans during and after Hurricane Katrina; decades spent in solitary confinement; psychological abuse in intimate relationships. Below, The New York Times’s three daily book critics — Dwight Garner, Parul Sehgal and Jennifer Szalai — share their thoughts about their favorites among the books they reviewed this year, each list alphabetical by author.

An annual note on methodology: The critics limit themselves in making these lists, each selecting only from those books they reviewed for The Times. For more of their thoughts about the year, including books they may not have reviewed themselves but still enjoyed, you can read their related roundtable discussion. — John Williams, Daily Books Editor and Staff Writer

‘THE HIDDEN HISTORY OF BURMA: Race, Capitalism, and the Crisis of Democracy in the 21st Century’ By Thant Myint-U (W.W. Norton & Company). Writing about Burma, Thant Myint-U’s focus is on convulsions of the last 15 years, from a seemingly unshakable military dictatorship to the beginnings of democratic rule. But examining the legacy of the country’s colonial past is crucial to grasping what’s happened more recently — including a brutal military campaign against the Rohingya Muslim minority and consequent accusations of genocide, all under the watch of the former human rights icon Aung San Suu Kyi. Thant Myint-U writes clearly about such vexing subjects as ethnicity, capitalism and ecological disaster; this is a book with a humane sensibility and a delicate yet pointed touch. (Read the review.)