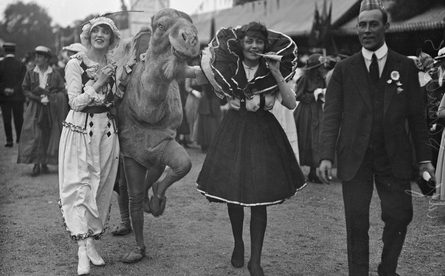 For the next four years we will see the first world war as a succession of sepia images of young men marching off to the front. What those pictures won’t tell you about is the life that was going on back home – still less about an alternative culture that undermines the polarised, almost cliched ways in which we see the war.

From 1914 to 1918, for instance, no fewer than 150 illegal nightclubs opened up in Soho alone, where chorus girls danced to black jazz bands, sustained by cocaine given to them by soldiers to whom it had been issued for medical purposes. At the most infamous club, the Cave of the Golden Calf in Heddon Street (a back street that would later feature on David Bowie’s Ziggy Stardust cover), futurist poets in goatee beards recited avant garde verse, and guests were greeted by a phallic sculpture designed by Eric Gill, to which they bowed in mock idolatry. When Wilfred Owen was on leave in London, he noted that the upper floor of the Piccadilly cafe in which he sipped tea contained an opium den.

Read more at the Guardian >