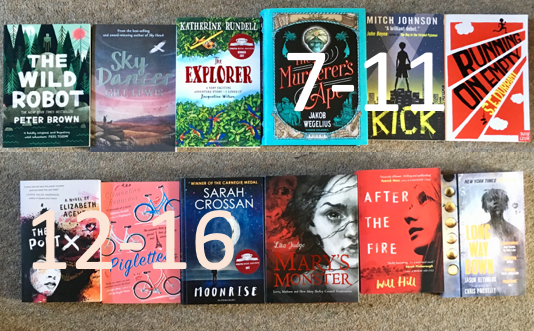 In the only national book awards which are judged by teachers, the choices reflect yet more evidence for the growing popularity of verse novels; with both UKLA and the CILIP Carnegie strongly featuring this genre on their shortlists, this is a trend that is not going away and will further boost the 12% increase in sales of poetry reported by Nielsen Bookscan earlier this year.

The Wild Robot written and illustrated by Peter Brown (Piccadilly)