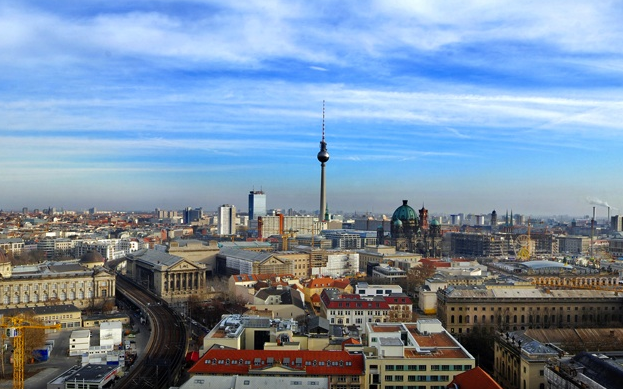 Novelist Greg Baxter explains how moving to Berlin allowed him the chance to discover the powerful, deceptive simplicity of history well-told.

I moved to Berlin in the summer of 2011; it was the kind of destination I’d dreamed about for many years (I was born and grew up in Texas). I thought the place might immediately inspire me to work, but for a year I wrote nothing. The year after that, I wrote my new novel, Munich Airport. It’s been almost a year since I finished it, and I’ve written nothing, again. This is only mildly noteworthy because I used to be the kind of person who wrote every day. And I used to be the kind of person who believed it was necessary for a writer to write every day.

From 2003 to 2011, I lived and worked in Dublin. I did a lot of different things. I taught in the evenings. I edited a literary journal. I organized literary events. But my main job, nine to five, five days a week, was working as a journalist. It was a weekly newspaper, but the staff was small, so we were responsible for a lot of copy – not just regular stories but breaking news online, features, interviews, opinion pieces, blogs and… advertorials.

In addition to my work as a journalist (and my teaching and everything else), I was writing for myself, and I wrote every day. I woke up at 5am to write. I wrote on the bus into work. I wrote during my lunches. Yes, I wrote a lot during my nine-to-five workday, as well. I wrote in the hour I had between my day job and my night job. I wrote after dinner, and late into the night. I couldn’t quit my day job (nor any of my jobs), no matter how much I wanted to: I was in considerable debt following a house purchase and end of the Celtic Tiger.

But I continued to write for myself, even when I was exhausted, even when I’d had just a few hours of sleep and woke at 5am and part of my brain was saying, “Push the snooze button”, because a much bigger part of me was saying, “Get up, get up, or all you will have in your life will be stories, opinion pieces, interviews, and advertorials”.

Most of my memories of Dublin are overwhelmingly positive, but I often look back on my work in journalism with disbelief – and regret, even under my financial circumstances, that it took so long to leave. I was never suited for it. There are fine, committed journalists out there in the world. I was in the wrong field.