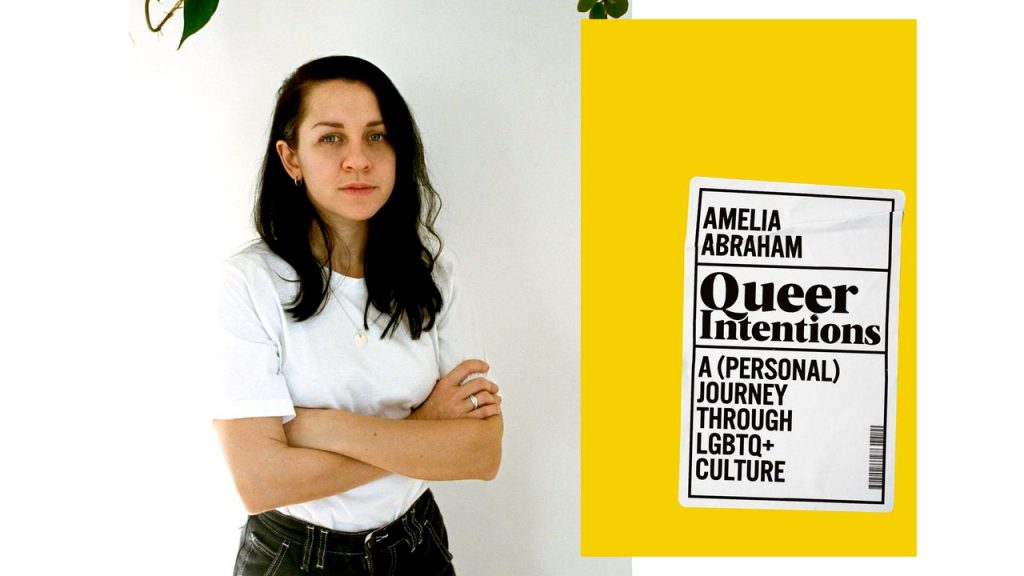 In Queer Intentions, Amelia Abraham travels around the world to shed light on the mainstreaming of LGBTQ+ culture, queer privilege, and more.

As soon as I heard about Amelia Abraham’s new book, Queer Intentions, I knew I needed to read it. Its tagline — “a personal journey through LGBTQ+ culture” — felt like an apt description of the last 25 years of my life. But I was particularly interested in Abraham’s perspective, because as an American, I’m used to seeing my ideas and history reflected back to me in queer stories from around the world. (Even in Germany, where the word “homosexual” was coined, Pride is still referred to as “Christopher Street Day,” after the very first Pride march in New York City.) I wondered what global queer culture would look like through the lens of a younger queer woman from England.

Queer Intentions finds Abraham travelling to eight countries to survey a swath of our modern LGBTQ+ world, from a major drag convention in Los Angeles to underground queer clubs in Turkey to a slew of European Pride parades. Throughout, she uses reporting and personal reflection to confront the most pressing questions and phenomena queer people face today, most of which revolve around the increasingly mainstream, corporate nature of queer culture and stratification between queer people with privilege and those without. While Abraham’s work is currently only available in the UK through Picador Books, US readers can purchase it online, and she hopes it will be published in America soon.