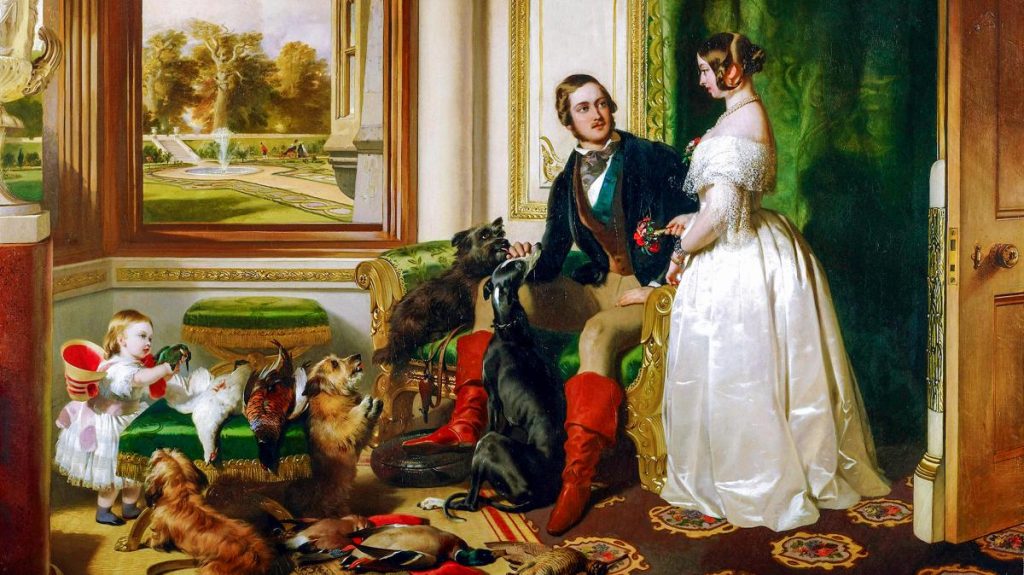 Victoria and Albert, c1840; from a portrait by Edwin Henry Landseer (ALAMY)

Of all the people Prince Andrew might blame for his current predicament — the press, the US Department of Justice, sundry young women, God forbid, himself — it is unlikely that he is railing against his great-great-great-grandfather Prince Albert, and yet it is that paragon of princes, born 200 years ago last week, who is to a great extent the architect of the Duke of York’s woes.

Before Albert married Victoria, there was no expectation that the princes of the blood would behave any better than other entitled aristocrats — between them Victoria’s “wicked uncles” clocked up a baker’s dozen of illegitimate children, a suspected murder, bigamy, sadistic floggings and a general reputation for unbridled excess. Hanging out with a convicted paedophile would not even make the cut.

But with the arrival of Albert the good, a man whose early life had been blighted by his parent’s divorce (he never saw his mother after the age of five) and who when discussing the bridesmaids for his wedding was concerned that their mothers should be of unimpeachable character, the days of unselfconscious royal excess were over.