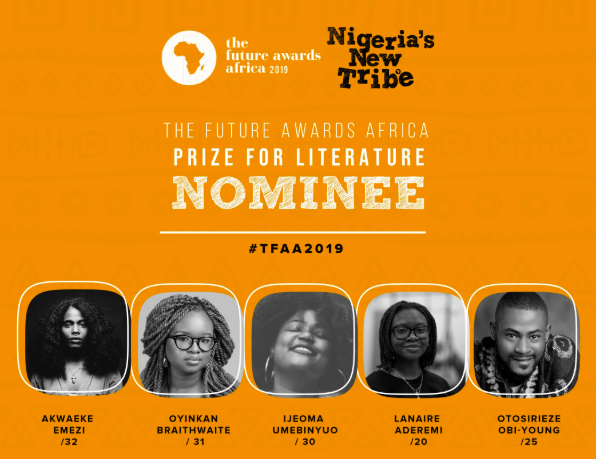 The Future Awards, established in 2006, are a set of awards given by The Future Project, a social enterprise committed to human and capital development especially in Africa. Described by Forbes as the “most important awards for outstanding young Africans,” The Future Awards celebrate the outstanding achievements of young people between the ages of 18 and 31 in the year under consideration.

Nominees for The Future Awards Africa 2019 (#TFAA2019) were unveiled in a program co-hosted by actor Francis Sule and CEO of Anita Brows Beauty Anita Adetory that was aired across various television channels and radio stations on November 3, 2019.

thrilled that we are publishing this playful, smart and v funny short story by Bernardine Evaristo: "The White Man's Liberation Front" https://t.co/FjUuUmNX6q

My book has a cover! 😭🙏🏽💫💐🥳
Choosing it was like choosing a first date outfit but knowing you’ll have to somehow wear it forever
Thanks to @KishWidyaratna @alicemaydewing @emma_a_paterson @picadorbooks and v. special thanks to the designer, @amismithson ✨🙌🏾✨