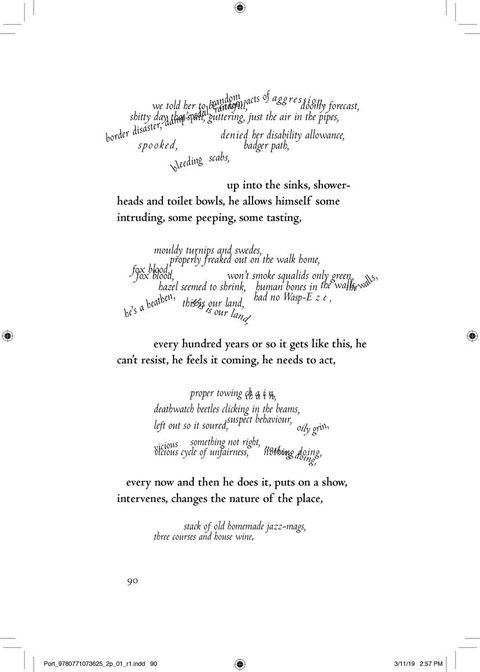 Lanny, the title character of the stunning new novel from English writer Max Porter, is a special boy. Eleven years old, he is given to spontaneous song and joyful wandering, blessed with a mind honed to the questions underlying existence, making the most of the small English village where he has moved with his parents. While his father commutes in to London for his finance job and his mother toils away on the draft of her mystery thriller, Lanny spends his non-school hours exploring and creating, hanging out with the artist the locals call Mad Pete, learning from and inspiring the older man by turns.

As the novel opens, all of that is still to come. Instead, readers are greeted with another presence entirely: “Dead Papa Toothwort wakes from his standing nap an acre wide and scrapes off dream dregs of bitumen glistening thick with liquid globs of litter.” Toothwort is something of an enigma, the genius loci of the area, the spirit of the place. Able to transform at will — “he slips through one grim costume after another” — he is usually depicted as a Green Man, celebrated in a festival every summer, adorning the local church, and “represented on keystones, decorative stencils, tattoos, the cricket club logo … in this place he is as old as time.” As he wakes, Toothwort listens to the voices of the village, “smiles and drinks it in, his English symphony,” words of the villagers swirling around him (and on the page).