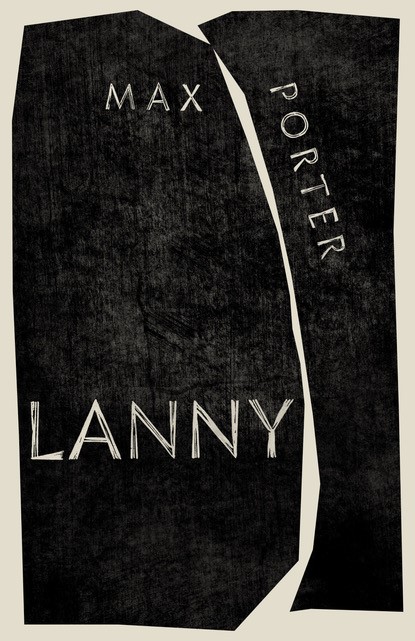 Sometimes you just have to think of England. It may be embarrassing, it may be awful, but it exists. Max Porter’s Lanny – his second novel – is partly about an idea of England. It’s set in an unnamed village, ‘fewer than fifty redbrick cottages’, within commuting distance of London, a place that is ‘a cruciform grid with the twin hearts of church and pub in the middle’. It’s a place that the Ordnance Survey doesn’t recognise: less than 15 minutes’ drive from a town called Ashcote – not on any real-life map – and not far from a grand house called Carlton Hall, which you won’t find in the handbooks of the National Trust or English Heritage because it isn’t on the map either. But even without any of this being spelled out you immediately imagine the set-up: lawns, tearoom, shop selling a variety of marmalades and overpriced tartan blankets – somewhere for families and pensioners to spend their Sundays.

I know this world. I live on the edge of a cruciform village with twin hearts of church and pub in the middle; I commute to London by train, seeing the same unnameable half-acknowledged faces day after day, sometimes (thanks to the over-loud announcement) half-noticing the train pause at the station of Ashwell & Morden, which might as well be Ashcote; I often spend Sundays with my children at places just like Carlton Hall. In Porter’s village, as in so many English villages, everyone seems to know everyone else – or at least where they are on the ladder, or how annoying they are. One woman, Mrs Larton, has six Neighbourhood Watch stickers by her front door. She is furious that her nemesis once let a friend park a car on the ‘expensively re-turfed’ grass verge near her house. Turf, and where you park what make of car, is a big deal.

But I’m mocking, and this book isn’t. What’s weird and wonderful about Lanny is that it pays attention to and celebrates all the things ordinary people in an ordinary village say, finding them remarkable. An ‘outstanding plus-stage gold elm sticker’ awarded at school, ‘Sheila’s salted caramel rice pudding sweet Jesus I died and went to heaven’, ‘I was a schoolteacher so I know all about bumped heads’, ‘quick kickabout’, ‘quiche au vomit’, ‘I’m apocalyptic about the bees’: these snapshot phrases appear, interrupting the main body of the text; they are mostly presented in italics, sometimes curving upwards, sometimes heading diagonally down, sometimes losing an argument with the margins of a page. If you are someone who is in the village but not of it – there part of the time and interested enough to listen closely – these are the things you’d write down: the odd things people say, the things they really think. They don’t always signify, but sometimes they do: ‘One in The Bell before quiz’, ‘hideous racket, thought they could sell the old barn’, ‘what next Polish adverts in the parish mag’. Porter has explained in interviews that he imagined these snatches of village talk would have run along the bottom like an endless footnote but his American editor wanted them to be part of the text, so they appear with typographical strangeness as a looping assembly in the middle of the page, a chorus to the novel’s story. A village is a slice of the nation; this is a nation’s collected speech.

But what’s weirder and more wonderful about Lanny is that it finds a way – with no time wasted – to bring together all the essential signs of England. Anderson shelters, used condoms, buried Victorian tannic acid bottles, discarded ring-pull cans, tarmac, railway engineers in high-viz jackets, men in tracksuits, men in dinner suits: these all appear in the first two pages. Other writers would spend a whole novel winding such significant things in, but then they would be barely noticeable: they wouldn’t register as a subject. The poets Michael Symmons Roberts and Paul Farley published a book in 2011 called Edgelands, including chapters titled ‘Cars’, ‘Paths’, ‘Dens’, ‘Containers’, ‘Landfill’, ‘Sewage’, ‘Wire’; but this was a series of essays, championing the overlooked at unnecessary length. All you need is a litany, a simple rehearsal of glinting rubbish: we all know the England that is meant.