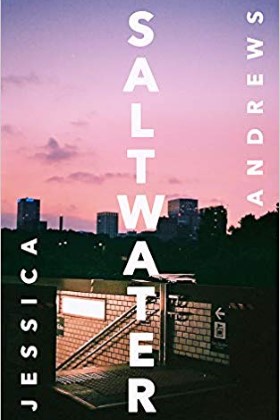 Saltwater is a fictional novel with roots in my own experiences. I have always liked thinking about the tiny details that make up a life; the Kiwi shoe polish my grandad used on his boots before work in the Sunderland shipyards, my gran slicing cod and gutting haddock with a sharp knife, my dad fixing machines in factories in his blue overalls and my mam holding everything together in her coral-coloured Rimmel lipstick. There is so much poetry and power in the lives of the working-class people I grew up with, which is rarely recorded in literary novels.

I’m interested in the relationship between class and lineage; how generations of wealthy or professional families are recorded in documents, properties and bank accounts, but how the lives of working-class people are more difficult to trace and how a sense of inter-generational identity is told through the stories that are passed down through families.

My grandad is from Burtonport in Donegal. When he was a young man, he moved to Sunderland to find work on the shipyards. He lived in a boarding house with other men from across Europe, looking for work, which is where he met my gran, the owner’s daughter. He stayed in Sunderland for many years, until my gran died of cancer. My grandad spent the rest of his life moving between Sunderland and Burtonport, unable to settle, always believing there was a better life waiting for him, wherever he was not.

When I was growing up, my parents separated. My mam sought refuge from her life in Sunderland through long summers in Burtonport, visiting my grandad. My brother and I spent August afternoons running our hands up and down the ropes that tied the boats to the pier, drinking Cavern Cola in the corners of pubs and running wild across empty beaches. It was the first place I understood the notion of space, how it feels to have freedom and to be able to spread yourself out. 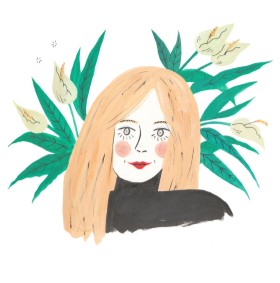 My family told so many stories; of the fried fish and boiled potatoes my gran kept warm in the oven, for my grandad to throw at the wall when he came home late from the pub. I learned about my Auntie Kitty, who raised my grandad in Burtonport and cut the heads from any flowers that dared to bloom orange in her garden. I could almost smell my gran’s thick Leichner foundation that she applied at the kitchen table with a magnified mirror, and I could see her tabard hanging on the back of the door, silver from a day scraping fish scales at the market stall where she worked.