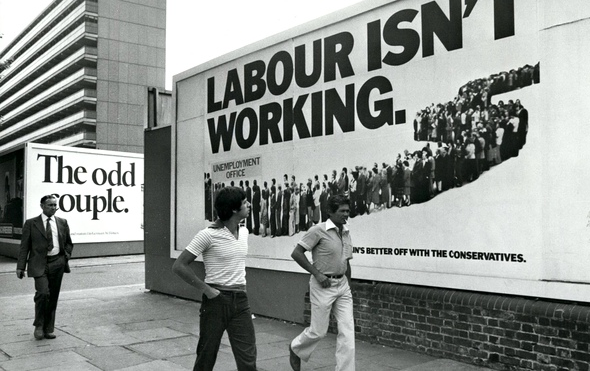 “Three months before the 1992 election, with Labour and the Conservatives – as now – sweatily close in the opinion polls and a grappling pre-campaign under way, one of the admen Labour were using phoned his Tory counterpart. “Congratulations!” said the Labour adman. “What for?” said the Tory adman. “You’ve won the election,” said the Labour adman. “You’ve hit us on tax and we haven’t responded properly … I’d like to take you for a very expensive meal to congratulate you.” Soon afterwards, the two men – the protagonists in this swaggering book almost always are – had dinner in Soho. Soon after that, the Conservatives defied widespread forecasts of a Labour victory or hung parliament by winning outright, with the largest vote ever secured at a British general election.

Mad Men and Bad Men is a history heavily dependent on good anecdotes….”

Read more about Sam Delaney’s new book at The Guardian.