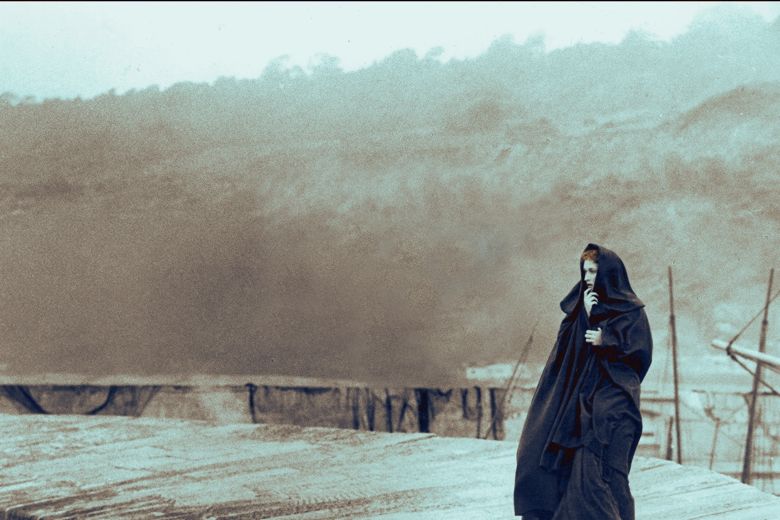 In June 1969, John Fowles was at his peak as a writer – on top of the world. On top of two worlds, as it happens. His latest novel, The French Lieutenant’s Woman, brought readers an ingenious twin portrait of the seaside town of Lyme Regis, on the Devon–Dorset border, until then most closely associated in the literary mind with Jane Austen. It was on the Cobb, Lyme’s unique curving harbour – the “long claw of old grey wall that flexes itself against the sea”, as Fowles put it – that Louisa Musgrove lost her footing in Persuasion.

Fowles lighted on the word “diachronic” to characterize the narrative device he employed to write The French Lieutenant’s Woman. Employed or perhaps invented, for it is hard to think of another novel that proceeds in the same way. The main drift brings readers a Victorian romantic drama, with wave after wave of detail about clothes and food, medical practice, employment, art and publication, customs, courtesies and much more. The story takes place in 1867, exactly one hundred years before Fowles began writing his tale; but every few pages the tide recedes to expose a modern novelist tapping away at a typewriter in a farmhouse on the Undercliff, a ribbon of seaside wilderness connecting Lyme Regis to the village of Axmouth, 6 miles to the west. A crucial part of the action swirls about the writer’s hideaway, as the two principals strive under cover of shrub and leaf to work their way out of the old world – love their way out, even – into the new.

Charles Smithson, a gentleman with prospects, is engaged to be married to Ernestina Freeman, daughter of a well-off tradesman whose shop will prosper and become well known in modern Central London. While dutiful in his courtship, Charles is half-hearted in his devotion. On the Undercliff he encounters – first by accident, then accidentally-on-purpose – Sarah Woodruff, a servant and notorious “unfortunate” in this place of pinched Victorian morality. Everyone knows that Sarah had allowed herself to be taken up by a French sailor, only to be cast aside. She later discovered that he was married. On some spiteful tongues, in 1867, she is “the French lieutenant’s whore”. To the reader opening the latest novel by John Fowles in its mulberry cover, she is unmistakably a New Woman, in passion and instinct, even though she is not placed to be so in her day-to-day life. The personal was nowhere near being political in Sarah’s day, but one of the many pleasures of Fowles’s story is that she offers a glimpse of that approaching means of self- expression. Sarah is in a desperate and pitiful situation, dependent on the mercy of unmerciful folk – until, that is, she meets Charles. He, however, is on the point of marrying Ernestina. It is the oldest story and the best: boy meets girl, and then boy meets another girl (or girl meets another boy). What’s going to become of them?