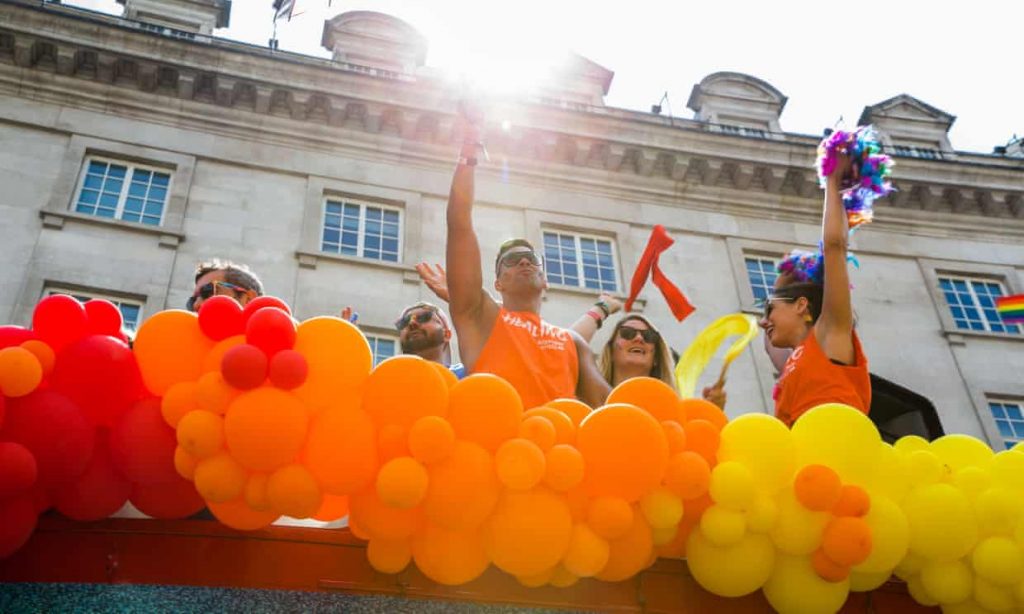 Pride in London is the one day of the year that the city feels like it belongs to LGBTQ+ people – which was why I was so confused, embarrassed and alarmed when a small group of lesbians disrupted last year’s event with a protest against the inclusion of trans people. Their banners read “transactivism erases lesbians”. Pride in London quickly condemned the protests, but as a lesbian and a feminist, I worried that people would think these protesters represented me. More than that, I worried about how it all left trans people feeling.

Perhaps, a year later, we have a clear answer. Plans for the first London Trans Pride have been announced. Due to take place on 14 September, the event will celebrate and centre trans and gender nonconforming people. There will be daytime family-friendly events such as panel discussions and zine making, as well as stalls from trans charities and businesses, followed later by an afterparty with trans musicians, performers and DJs. The idea was sparked by last year’s anti-trans protests, say its organisers, performer and promoter Finn Love and artist and activist Lucia Blake.

Love says they felt “disappointed” and “upset”, not only because the protest took place, but because Pride’s reaction was not strong enough. “That really reflects the cis dominance of London Pride, as I perceive it. If there were trans people calling the shots it wouldn’t have happened in that way. And if those protesters were coming out against gay people the reaction wouldn’t have been the same, but people value gay rights more than trans rights. That’s a fact.”

When I heard about the event, my first reaction was: the more Prides the better. But there are risks. When I travelled across Europe recently for my book Queer Intentions, I saw the difficulties of having multiple Prides. In Berlin, the celebration had splintered into four different events, all happening over 24 hours, making it hard to work out which to go to. In Belgrade, where there are two Prides, there seemed to be a great deal of animosity and infighting between the organisers. London would ideally be like Amsterdam, where a single umbrella Pride hosts hundreds of mini-events under one banner –making proceedings feel cohesive and accessible, giving everyone their moment in the spotlight, melding party with protest.