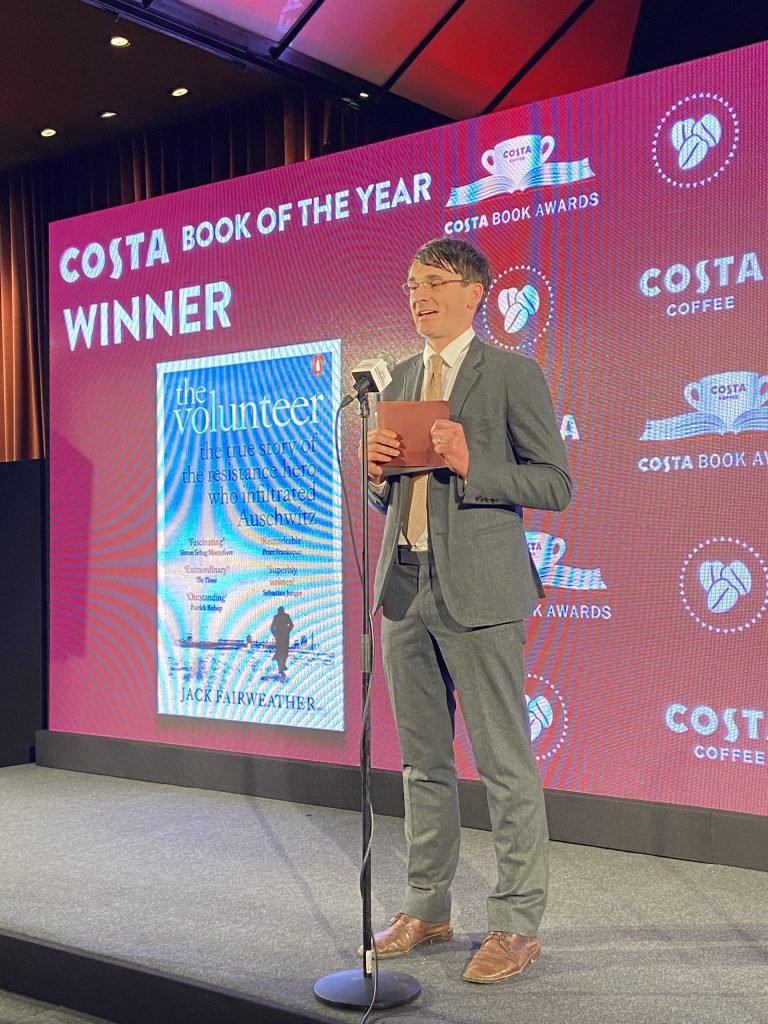 Congratulations to Jack Fairweather whose book The Volunteer: The True Story of the Resistance Hero who Infiltrated Auschwitz has been announced as the 2019 Costa Book of the Year!

The Volunteer: The True Story of the Resistance Hero who Infiltrated Auschwitz by Jack Fairweather (WH Allen)

The incredible story of Witold Pilecki – one of the greatest heroes of the Second World War – a Polish resistance fighter who volunteered to be imprisoned in Auschwitz where he forged an underground army, sabotaged facilities, assassinated Nazi officers, gathered evidence of the mass murder of the Jews and spread news of the Holocaust to the Allies.

New fiction, by me. @emma_a_paterson asked me to contribute a story to @aitkenalexander’s Isolation Series. It’s called The Bathroom. It’s about routine and paranoia and space. It’s the 1st time I’ve published any of my fiction so I’m feeling...well, yer

For this morning: 'Love in the Time of Covid-19' by Liz Jensen (@LizJensenWriter): https://t.co/51PIrqqxwD https://t.co/W2TAaiJcuT

.@jessicacandrews’s SALTWATER hits all the great questions about art and womanhood that are basically my favorite things to think and talk about. Come for the chat, buy the book (ideally from @Bookshop_Org!) https://t.co/lUPWHKP2lz

For this morning: 'Love in the Time of Covid-19' by Liz Jensen (@LizJensenWriter): https://t.co/51PIrqqxwD