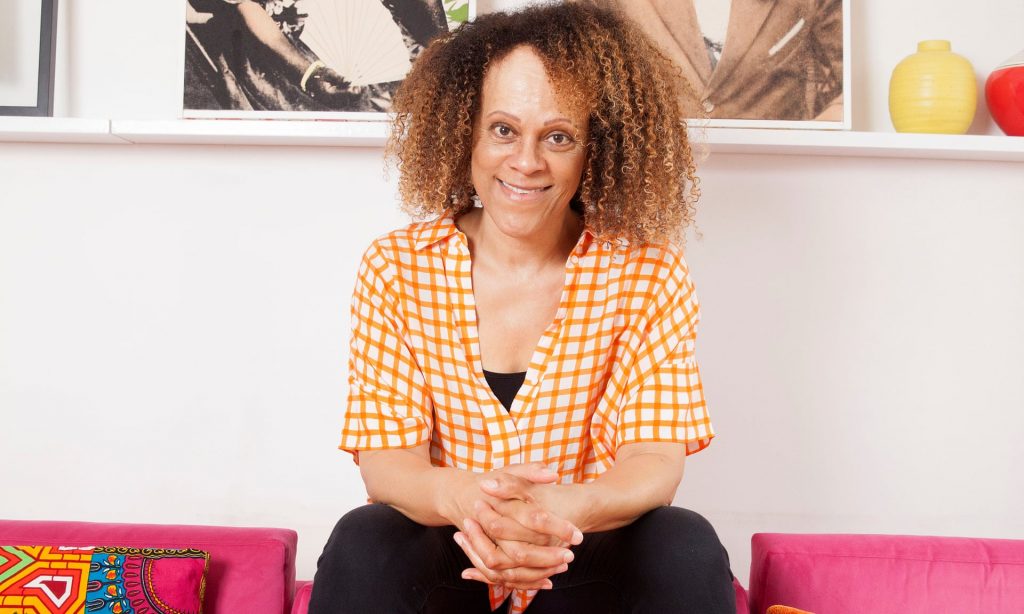 Bernardine Evaristo is the award-winning British-Nigerian author of eight books. Born in London in 1959, she is professor of creative writing at Brunel University London and a fellow of the Royal Society of Literature. Her new novel Girl, Woman, Other spans 20th- and 21st-century Britain and features 12 interconnected characters, mostly women, black and British.

Your new novel focuses closely on people who are often ‘othered’. What were your motivations?
I wanted to put presence into absence. I was very frustrated that black British women weren’t visible in literature. I whittled it down to 12 characters – I wanted them to span from a teenager to someone in their 90s, and see their trajectory from birth, though not linear. There are many ways in which otherness can be interpreted in the novel – the women are othered in so many ways and sometimes by each other. I wanted it to be identified as a novel about women as well.

One character recalls her days of theatre-based activism in the 1980s… did you draw on your own memories?
Yes, her experience is modelled on my own – I co-founded Theatre of Black Women in the 80s. Activist heritage is not widely known. We’re all standing on the shoulders of the people who came before – in the 1980s we were inspired by African American women writers. We were proud black feminists, absolutely intersectional before it became a phrase. It’s up to us to talk about the heritage and lineage of activism and understand that generations have paved the way for where we are today.