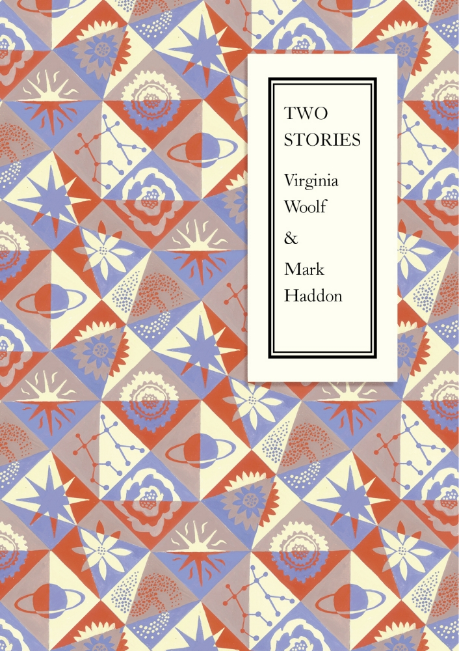 Hogarth is to mark its centenary with a birthday edition of its first publication, Two Stories, including newly commissioned work by Mark Haddon, to be published on 22 June.

Founded by Virginia Woolf and her husband, Leonard Woolf, in 1917, the Hogarth press list ranged across fiction, poetry, politics and psychoanalysis, and published all of Virginia Woolf’s own work.

Its first publication, Two Stories, was bound in bright Japanese paper, and contained a short story from both Virginia and Leonard. Typeset and bound by Virginia, with illustrations by Dora Carrington, 134 copies were printed by Leonard using a small handpress installed in the dining room at Hogarth House, Richmond.

To celebrate the centenary of ‘Publication No. 1’, Hogarth has commissioned a new edition of Two Stories which takes the original text of Virginia’s story The Mark on the Wall and pairs it with a new story, St Brides Bay, written and illustrated by Mark Haddon.

Clara Farmer, publishing director at Hogarth and Chatto & Windus, said: “We are justly proud of our inheritance from the Woolfs’ Hogarth Press and it’s exciting to be part of an active centenary year. It’s a particular pleasure to commission Mark Haddon, a long-term admirer of Woolf, and whose work I love, to write a story for Hogarth’s new century.”

Suzanne Dean, creative director and Rosie Palmer, designer, Vintage Books, have commissioned artist and illustrator Ed Kluz to reproduce a cover in response to the decorative paper covers of the early Hogarth Press titles. In an echo of the original Two Stories, which was bound and knotted by hand by Virginia Woolf in vivid red thread, the new edition will be sewn with red thread.

The story of the founding year of the press will also be told via social media, under the hashtag #HogarthPress100.