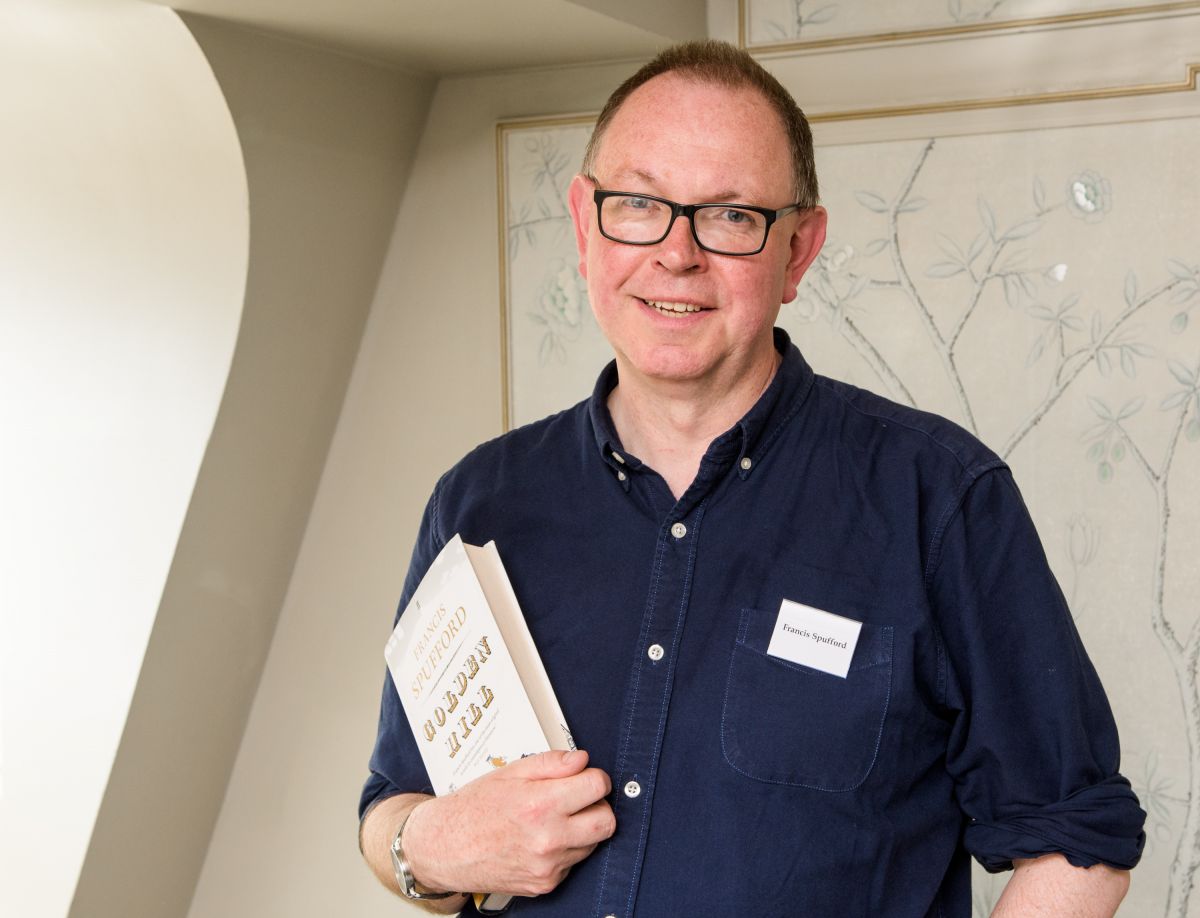 Set in New York in 1746, when the now-famous sprawling metropolis was just a small town on the tip of Manhattan island, Golden Hill tells the story of Mr Smith – a mysterious young man who steps off a boat from England with an order for an enormous sum of money.

It was chosen as the best debut novel of 2017 from a shortlist which also featured My Name is Leon by Kit de Waal (Viking) and Harmless Like You by Rowan Hisayo Buchanan (Sceptre).

In his speech at the ceremony, Leith described Golden Hill as “miraculously constructed… at once so fabulously entertaining, so exquisitely wrought and so moving that it stands among not just the best first novels of the year, but the best novels of this or any year.”

Leith also took the opportunity to address the challenges debut authors face, saying: “The fact is that most first novels go unreviewed, barely promoted, seldom displayed in bookshops, unbought and unread. Many singular talents wither on the vine. And publishers – for whom buying a first novel is usually a relatively cheap investment – may treat the debut as a one-off betting ticket rather than the beginning of a career. The old days in which careers would be patiently nurtured through several books because an editor believed in a talent are, for the most part, dwindling in the rear-view mirror.”

He then praised the Desmond Elliott Prize for continuing to “nurture and support the talent it has recognised”, adding: “I can honestly say that no other prize I’ve helped judge has seemed to me quite as important as this one.”

Spufford is a senior lecturer in Creative Writing at Goldsmiths, University of London and a Fellow of the Royal Society of Literature. He is the author of five works of non-fiction on a range of topics from religion and history, to literature and politics, and was awarded the 1996 Writer’s Guild Award for best non-fiction book and the 1997 Sunday Times Young Writer of the Year Award. Golden Hill marks his first venture into fiction.

Chair of the Prize Trustees, Dallas Manderson said: “Golden Hill is an exceptional novel and a worthy winner. It is staggering to see how deftly Francis Spufford has made the difficult jump from non-fiction to fiction – a clear indicator that we can expect to see more brilliant fiction from this fine writer in the future.”