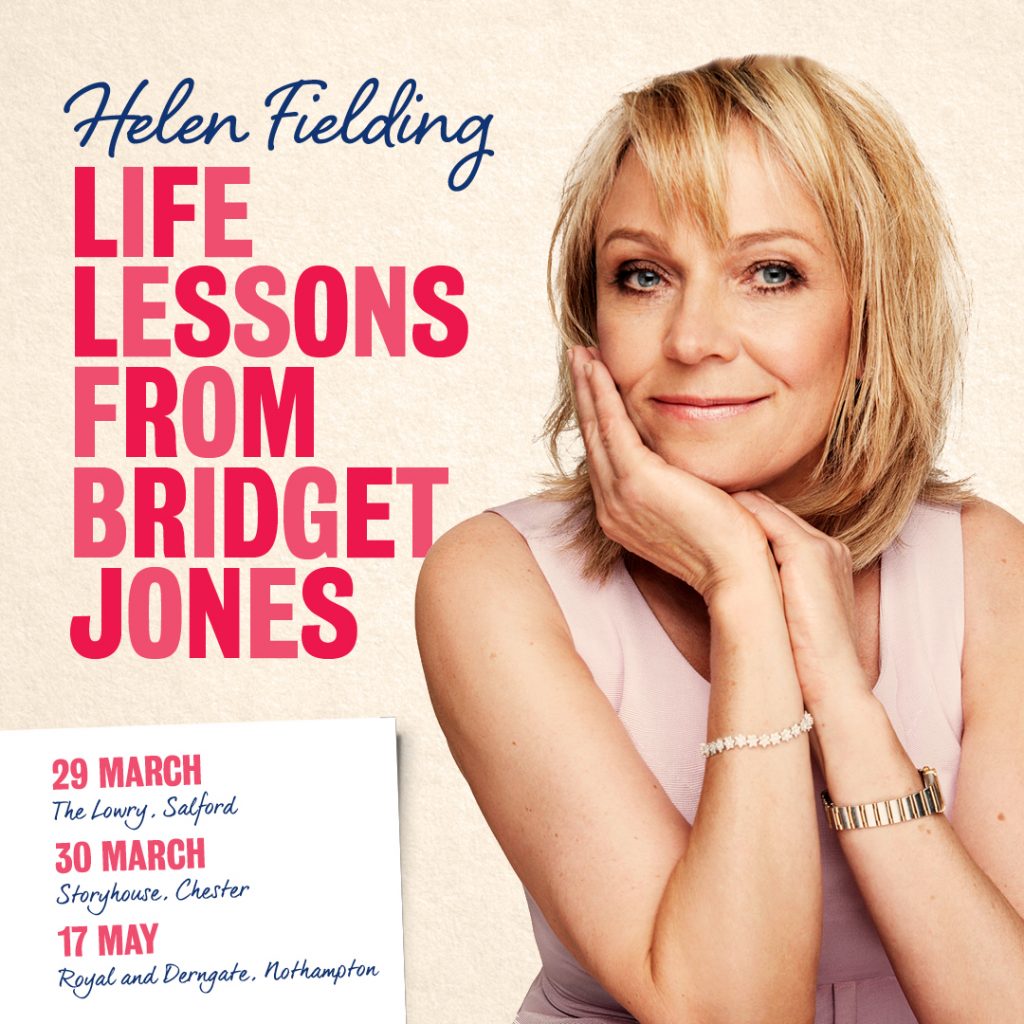 “It is a truth universally acknowledged that when one part of your life starts going okay, another falls spectacularly to pieces.”

Bridget Jones, unlikely philosopher and voice of a generation (and beyond), is the phenomenally successful brainchild of Helen Fielding, novelist, screenwriter and journalist.

Beginning life as a column in the Independent in 1995, ‘Bridget Jones’s Diary’ documents the highs and lows of a single woman attempting to balance life and love in London; four books and three films later, we are as enraptured as ever by Bridget, and her enduring popularity is a testament to the unexpected but profound appeal of imperfection. In a society increasingly preoccupied with image, a culture that peddles perfect lives, careers and families to hypnotic effect via new media, a post “Me Too” world challenging generations of ‘accepted’ behaviour between the sexes. The stark honesty, beguiling wit and resilience in the face of “failure” and humiliation which made Bridget Jones a global icon twenty-five years ago and continue to resonate with women throughout the world today.

Described as ‘a book that gives life and shape to something millions of young women felt but couldn’t quite put into words’, join Helen Fielding in conversation as she delves into the diaries for an unforgettable and undoubtedly hilarious evening discussing everything she’s learned from our favourite 30-something singleton.

The show will take place in three different cities in the UK: