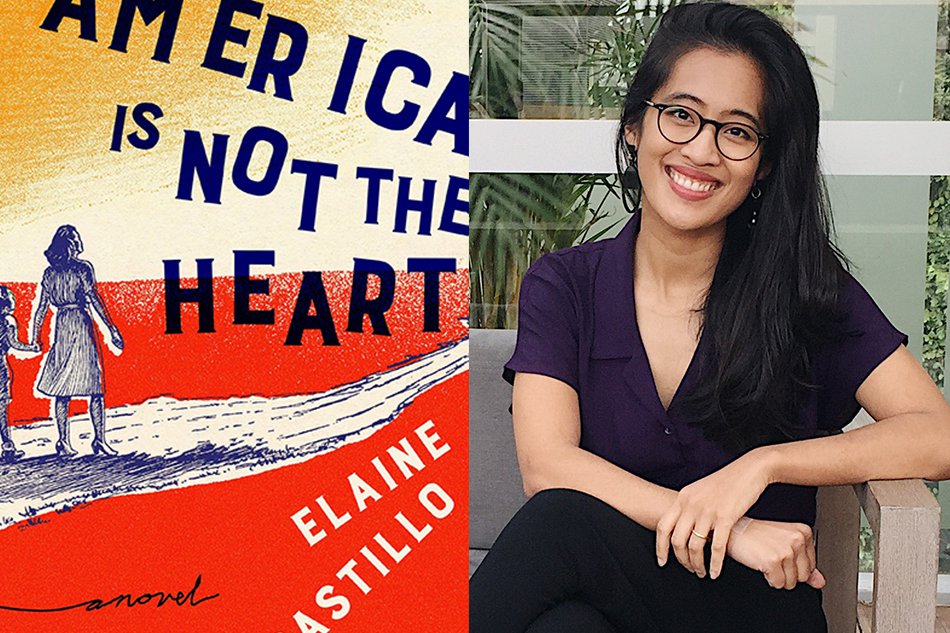 We caught up with the author of America is Not The Heart at a writer’s festival in Sydney to talk about her roots, translating for a white audience—”No one translates white middle-class Brooklyn life to me, and I don’t know what that’s like“—and how she dealt with her father’s passing.

It’s an overcast Sunday afternoon when I meet Elaine Castillo at the Old Clare Hotel in Sydney, Australia. She greets me with a warm hug and leans over for a beso. The day before, this Fil-Am writer had gathered a full house for her appearance at the Sydney Writer’s Festival to talk about her debut novel America is Not the Heart—Sydney is just one of the stops among several writing festival appearances she is making around the world. For a debut, America is Not the Heart has received impressive acclaim, and there’s already an Italian translation: L’America Non E Casa. When I commend her book, she clutches her chest with her hands and bows with gratefulness, her long earrings dancing with her every gesture.

At the Writer’s Festival, Elaine commanded the room with an outspoken view on race, being genderqueer, and the life of a writer. She can speak deeply and at great length about them, with that unique mix of passion and a bit of resentment. When Tongan-Australian writer Winnie Dunn, the host of the event, asked her, “How did you write a book set in America without white people?” Elaine simply said that that was the America she grew up in: in Milpitas, at the Bay Area in San Francisco, a majority-minority town with a big Filipino community. “I would watch shows like Baywatch and Beverly Hills and think, ‘I don’t recognize that California. Why does that California get to be our dominating image of California?’” she says.

When someone in the audience asked if she will write her next book conscious about veering away from the white gaze, Elaine replied with a curt and unabashed, “No.”

I ask her about this when we meet. She laughs.

“I just don’t think about the white gaze… I never have,” Elaine tells me. “There was like maybe two white people in my class growing up. And when my parents moved me to a Catholic school in a whiter neighborhood, like ‘Please let her try to be middle-class,’ it was such a shock to me. It was in schools like that where I experienced institutional racism because I was a big writer and reader as a kid, and I remember white teachers essentially not believing I read what I read, or I wrote what I wrote.”