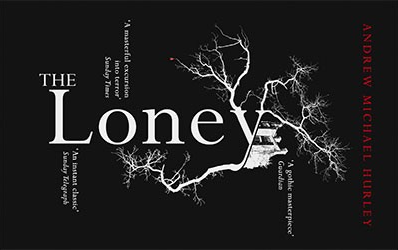 The Loney recounts the Easter of 1976 when a group of Catholic pilgrims from London journey to the wilds of Lancashire for a retreat, during which they hope to cure the narrator’s mute, mentally disabled brother, Hanny. The trip is led by a new priest, Fr Bernard McGill, who struggles to overcome the lingering presence of his predecessor who died in mysterious circumstances shortly after the last visit. The late Fr Wilfred haunts the novel and the place of pilgrimage.

But then the north Lancashire coastline is full of ghosts.

Lashed by the winds that barrel in from the Atlantic and over Ireland, it has been the site of countless shipwrecks over the centuries and the short descriptions of the tragedies on Fleetwood’s Maritime Heritage website are stories within themselves. “Unknown 1660”, says one, “Thought to be a plague ship. Lost near Fluke Hall.” Another entry reads: “Unknown 27/10/1775. Drove ashore at Blackpool. All crew except two lost.” Other disasters seem all the more harrowing for how close the vessels were to their destination: “Ruby 10/10/1777. Inbound from Jamaica and lost on Walney Island.” “Lavinia 12/12/1809 Inbound from New Jersey to Liverpool. Wrecked at Lytham.”

Read the full article from the Irish Times here.