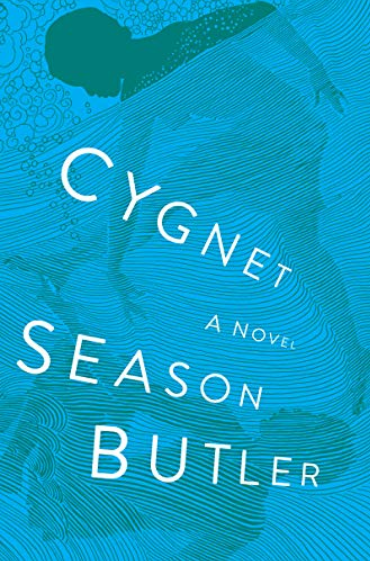 In today’s installment of featured fiction, we present an excerpt from Season Butler’s novel Cygnet, out today from Harper.

Publishers Weekly called the book poignant, adding that “Butler has created an appealingly rich world with quirky, flawed characters and a dramatic landscape determined by the constant action of wind and water. Butler delivers a potent and finely calibrated novel.”

“Pocahontas, you little ignoramus. Shouldn’t you be at school?”

I am, or nearly anyway.

Before I can make an excuse, Rose starts shaking her head and clears her throat. “Got a call from Nick a minute ago,” she says with deliberate lightness, like someone calling a hurricane a spell of windy weather. “Says the slip last night rumbled the cat awake and it went skittering across his bed. Everything all right down at Violet’s?”

I don’t miss a beat. “It’s fine. I didn’t notice anything last night. Slept like a baby.”

This makes Rose roll her eyes. I wish I could remember not to say stupid shit like that.

“You know I don’t like you in that house,” she says flatly.

“No one likes me in that house.”

“And that’ll do with the back talk.”

“Sorry, Rose.” Just before I say goodbye, I build the courage to put myself in the way of disappointment. “By the way, when Ted brought over the boots from your niece, was there any mail for me, like bills or whatever?”

“Nothing for you, sugar.” She does that head-tilt thing that people do when they’re trying to be affectionate or sympathetic, but when Rose does it, it doesn’t seem fake. It doesn’t make me feel better, though. It’s like, come on, if they’re not going to call, they could write me a letter, send a postcard. Even if they couldn’t remember where they’d written down the address, even if they couldn’t even remember my name, they could just write: The Kid, Swan Island, New Hampshire and it would have gotten to me.

“He did bring a stack of newspapers, not even that old.”

I slide my nickel across the counter and she pulls a copy of the New York Times from two days ago out from under it and drops it down with a satisfying slap. That’s just the way she likes to do things, like everything needs a big yee-hawat the end. I know that five cents is cheap for a newspaper. The community subsidizes the price for nostalgic value so it only costs a nickel. This fat, ridiculous coin that’s pretty much good for nothing. Even pennies make up odd amounts, so they’re useful even if they’re practically worthless. On Swan Island selling newspapers makes a loss because the newspapers cost a nickel and that’s the way they like it.

“Go on now, scoot.” She turns away to switch on the radio—she likes Top 40s in the morning—and I catch her limping as she goes to take a box down from a far shelf. The little bells jingle behind me, laughing at a private joke.