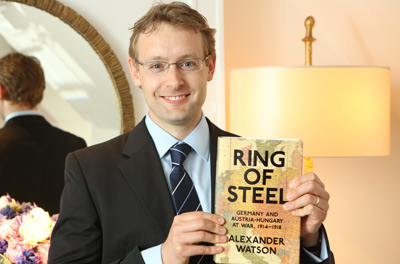 Goldsmiths Lecturer in History Dr Watson said: “I wrote the book because I felt that while much has been written about the actions of the Central Powers’ leaders and their peoples, their reasons and motivations were still not well understood.

“I wanted to tell the story of the war from their perspectives, in order to explain both why they committed awful crimes and also how Central Europeans themselves endured horrendous suffering. These experiences led just a quarter of a century later to the even greater horrors of totalitarian dictatorship, a second world war and genocide.”

Listen to an exclusive BBC History Extra interview with the winners of the Wolfson Prize here.