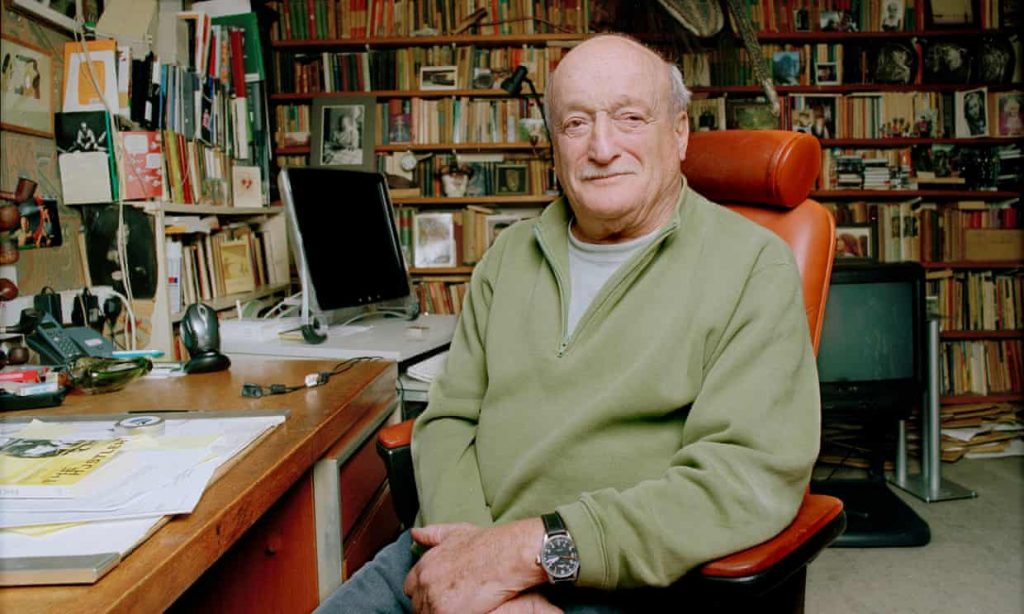 If one credits the title of his autobiography from 1999 – Where Did it All Go Right? – the word that best sums up the life of the writer, poet and critic Al Alvarez is “luck”. There is, however, a more appropriate four-letter word for the life he chose to live: “risk”. Not for him the percentage game. Alvarez, who has died aged 90 of viral pneumonia, confronted risk head-on in his favoured recreations – rock-climbing and poker – and in his career as an academic without a permanent post.

Alvarez was also, he claimed, a man without full nationality. “I am a Londoner, heart and soul,” he protested, “but not quite an Englishman.” His Sephardic Jewish family had been resident in the country for 200 years. Enriched in the clothing trade on the side of his father, Bertie, and property on that of his mother, Katie (nee Levy), they had been assimilated for generations. Although they were no longer quite as rich as they had been by the time Al was born, the family’s mansion in Hampstead, north London, retained a full complement of servants and a high level of cultivation. Classical music was, Al said, one of the great joys of his life even if, like his father, he could play nothing but the gramophone.

Al went to Oundle school in Northamptonshire. A brilliant pupil and a pugnacious sportsman, he excelled but narrowly escaped expulsion in his last year for wilfully breaking rules. In 1949 he went as a scholar to Corpus Christi College, Oxford, to read English. There, with like-minded rebels, he founded the Critical Society, whose manifesto opened: “In Oxford current literary criticism is both vague and ineffective.” Alvarez would be saying something along those lines all his life.

thrilled that we are publishing this playful, smart and v funny short story by Bernardine Evaristo: "The White Man's Liberation Front" https://t.co/FjUuUmNX6q