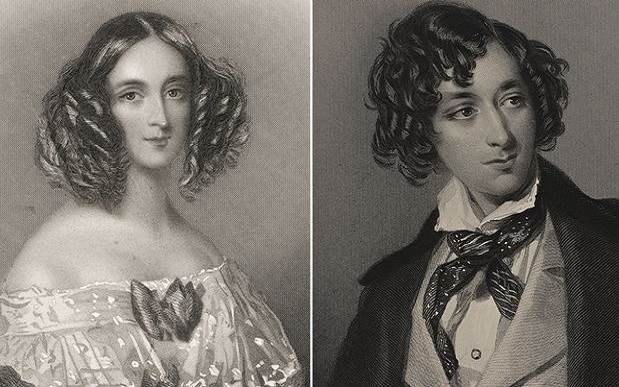 On the night of 12 April 1867, Benjamin Disraeli experienced his greatest political triumph, the passing of the 1867 Reform Act. Jubilant Tory MPs swept him out of the Palace of Westminster towards the Carlton Club on St James’s Street, where a crowd of supporters was waiting to toast his success. But as his parliamentary colleagues embarked on the serious business of drinking themselves into a stupor, Disraeli slipped away to a quiet white house on the edge of Hyde Park and to his wife Mary Anne. He arrived home to find her waiting with a late supper for him, consisting of a Fortnum & Mason raised pie and champagne. “He ate half the pie and drank all the champagne,” Mary Anne reported. “Then he said, ‘Why, my dear, you are more like a mistress than a wife.’”

Benjamin and Mary Anne are figures around whom anecdotes coalesce: about what they wore, what they did and what they said. “My wife is a very clever woman,” ran one of Disraeli’s much-quoted sayings. “But she can never remember who came first, the Greeks or the Romans.” Mary Anne apparently told Queen Victoria that she always slept with her arms around Disraeli’s neck, and scandalised prim hostesses at country house breakfasts by discussing the beauty of her Dizzy – as she called him – in his bath.

When I first began working on their archive, I experienced the exhilarating sensation of tumbling down a rabbit hole into their world. Sitting in a freezing Oxford reading room, in which the heating never worked, I discovered in the 50,000 pieces of paper that Mary Anne collected the story of a rich and strange romance.

Their letters are themselves full of references to being cold, to the way in which the cold confines the body and chills the mind. At Stowe House, while waiting to meet the Queen, they shiver in draughty halls and inadequate evening garb. At Osborne, the Queen’s house on the Isle of Wight, Disraeli wears two greatcoats and a waistcoat inside as well as out. Mary Anne’s servants run back and forth from the House of Commons with warm clothes and boots to protect him from the chills of the debating chamber, until snow stops carriage wheels from turning and forces both master and mistress to stay inside.

Both the Disraelis loved drama and excitement, and they conjured their romance into being in a world thick with stories.

Read the full essay on the Guardian website here