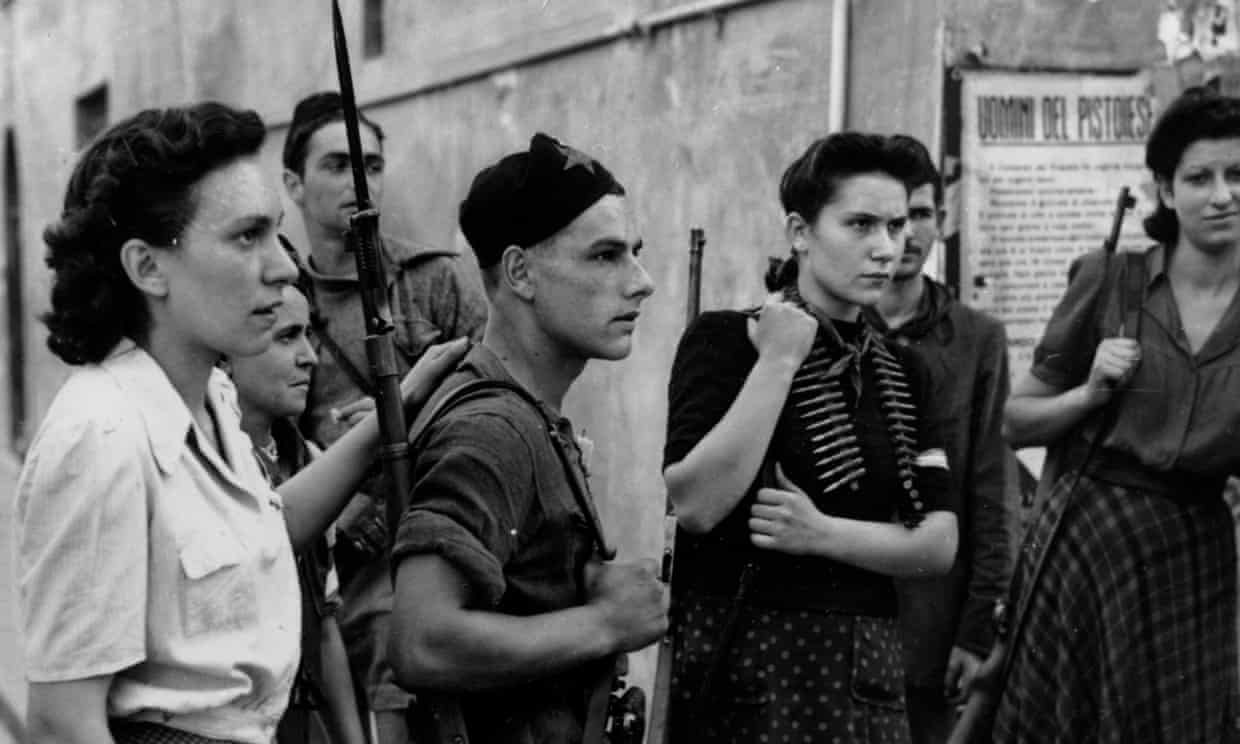 A gripping narrative of four extraordinary women who delivered intelligence, letters and weaponry in the cause of resisting the German occupation of Italy.

The story of the Italian resistance is one of the epics of 20th-century history: from September 1943 to April 1945, Italian partisans in the north fought a guerrilla war against German occupiers. Nazi troops had rushed south to occupy Italy when, after Mussolini’s arrest in July 1943, the new government declared that it was now siding with the allies, not the axis powers.

The German reaction was ruthless: they killed 6,000 Italian soldiers of the Acqui division in the Cephalonia massacre and more than 1,000 men in sinking the Roma battleship. Nazi paratroopers rescued Mussolini from his mountain-top prison and installed him as a puppet head-of-state in the so-called Salò republic on the shores of Lake Garda. That meant the partisans weren’t only fighting a war of liberation against foreigners, but were one side of a brutal civil war between Italians: as the allies laboriously advanced from the south, the partisans – poorly armed, ill fed and often freezing in mountain hideouts – were taking on the die-hard followers of il Duce.

Although it’s a well-known story, it has rarely – outside Italy – been told from the viewpoint of the women involved. Caroline Moorehead does so through the intersecting lives of four female friends in Turin who became staffette (couriers) in the resistance, delivering intelligence, letters and weaponry: Bianca (a communist law graduate and factory agitator); Silvia (a doctor); Frida (a literature graduate); and Ada (the widow of the anti-fascist Piero Gobetti).